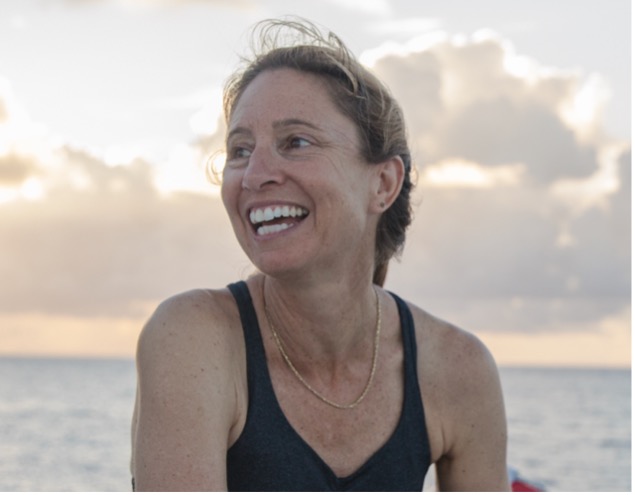 The Cedar Tree Foundation and Society for Conservation Biology is pleased to announce the selection of Nicole Crane as Interim Executive Director of the David H. Smith Conservation Research Fellowship. In her new role, Nicole will support the Fellowship's commitment to shaping early-career scientists' professional development in applied conservation science while helping them build relationships in conservation and research communities.

Nicole joins the program with a comprehensive understanding of the Smith Fellows selection process, having served on the interview panels for the 2022 cohort. She currently serves as Executive Director of One People One Reef, an organization she co-founded and has run since 2011. As co-director and Senior Conservation Scientist of One People One Reef, Nicole oversees an inclusive approach to collaborative conservation by combining rigorous science, traditional practice, and Indigenous knowledge to address marine resource issues in the Micronesian outer islands.

In addition to founding One People One Reef, Nicole has enjoyed a rewarding career spanning more than 20 years working nationally and internationally on complex ocean management issues and as faculty of conservation science curricula in higher education – including Stanford University, University of California, Berkley and the California Community College system. She remains a tenured faculty in Natural and Applied Sciences of Cabrillo College, on leave for 2022-2023.

“When weighing our decision across several criteria, Nicole’s background as a conservation scientist, including co-founding her own NGO and applying her knowledge in the field, made her an outstanding candidate who brings both a researcher’s and a practitioner’s perspective to this role,” says David S. Wilcove, a professor of ecology, evolutionary biology, and public affairs at Princeton University and a member of the Smith Fellows scientific advisory board.

Nicole’s approach to conservation science and her dedication to inclusion and collaboration in environmental problem-solving arenas stems from a global lived experience. Born in Afghanistan, Nicole spent much of her childhood, adolescence, and early career in the Middle East, Nepal, Central Africa and Haiti. The experience cemented a passion for mentorship that she now brings to the Smith Fellows program. While at California State University Monterey Bay, Nicole founded the Camp SEA Lab, where she developed and directed an experiential marine science program for youth grades 5-8. At Monterey Peninsula College, Nicole founded and directed an NSF National Center of excellence in marine technical education and training; and she currently holds several positions, developing and teaching courses on marine, environmental and biological sciences as well as its intersection with US policy.

Nicole will start on September 1, 2022, and will lead the Smith Fellows Program as Interim Executive Director for at least one year while still working with the organization she co-founded, One People One Reef.

The request for proposals for the 2023 Class of Smith Fellows is currently open with a deadline for receipt of application materials of September 16, 2022.  For more information, see the Smith Fellows website at www.SmithFellows.org.