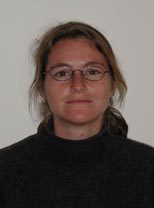 Species invasions and landscape change (habitat fragmentation and alteration) are considered two of the leading causes of native species decline. The mediating influence of surrounding land use patterns on the influx of exotic or weedy organisms into natural areas has been suggested by several authors: however, there are few quantitative data with which to evaluate the ubiquity or importance of such cross-boundary edge effects in invasion dynamics. This research will take a landscape-level approach to examining patterns of invasion by an exotic biocontrol insect, Rhinocyllus conicus, into native grassland systems. Previous studies by Dr. Svata Louda at the University of Nebraska have demonstrated that Rhinocyllus, a weevil deliberately introduced for the biological control of exotic thistles, severely impacts two characteristic native thistle species, and their adapted native insects, within two TNC preserves in Nebraska mixed grass prairie. In addition, new data indicate that a closely related, threatened thistle, Cirsium pitcheri, is an acceptable host plant, supporting the suggestion that the weevil poses a major threat to this rare species if it reaches its habitat in the Lake Michigan dunes. The proposed research will extend the current information on the negative consequences of the host range expansion of this exotic biocontrol insect to larger spatial scales. A broad-scale stratified sampling approach will be used to evaluate the hypothesis that regional context and the intensity of landuse in the landscape surrounding prairie habitats influence the probability and magnitude of invasion by Rhinocyllus and other invasive insects. The results will be directly relevant to the conservation of native plant species within TNC grassland reserves and to the development of landscape-level management strategies for the control and mitigation of this, and similar, insect invasions. The outcome should also contribute to the discussion of national policy on the control and management of invasive weeds by using potentially invasive exotic insects. Finally, these data will advance our understanding of the ways in which anthropogenic modifications of the landscape influence important ecological interactions, such as invasive effects on native species and their long-term persistence within reserves.

Rand, T.A. and S.M. Louda. In prep. Geographic scale variation in the attack of an invasive insect on its native host: Rhinocyllus conicus on Cirsium canescens.

Rand, T.A. and S.M. Louda. In prep. Effects of landscape-level exotic thistle invasion on the susceptibility of native plants to the colonization and impact of an associated biocontrol insect.

Effects of landscape context on the colonization, ecological impact and potential management of invasive weeds and insects in preserves: Rhinocyllus conicus as a model.

Dr. Svata Louda at the University of Nebraska