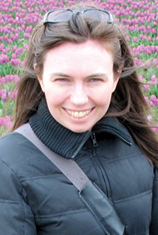 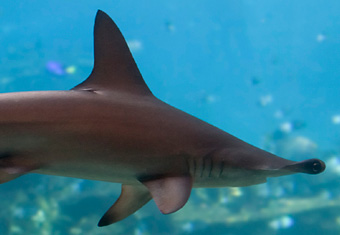 Sharks are being chronically overfished globally. These apex predators are highly vulnerable to overexploitation, yet are increasingly exploited primarily due to escalating demand for their fins in Asia. On coral reefs, sharks were largely eliminated prior to ecological study; their presence on remote reefs where they still occur is now imperiled by illegal shark finning operations. Ecosystem effects ensuing from the loss of sharks are unknown, but may be substantial considering that top predators can confer resilience to ecosystems and exert important controls on food web structure. This is particularly worrying given the need for coral reef resilience in the face of accelerating human impacts. To address these threats, I propose a research program employing applied statistical models, meta-analyses, and observational study to quantify the abundance of sharks on pristine reefs and understand how their loss has altered the diversity, structure and functioning of coral reef ecosystems. Focusing on remote reefs of the U.S. Pacific Remote Island Areas, Territories and States, I will assemble and analyze data from historical records, early studies, and recent surveys of remaining near-pristine reefs to determine former occurrences and baseline abundances of reef sharks, as well as the community structure and ecosystem functioning of reefs with healthy populations of these top predators. I will conduct field surveys in the northern Line Islands, a unique system comprising nearly pristine (Palmyra Atoll) and highly degraded (Kiritimati Island) reefs, to elucidate patterns of species and functional group diversity across an extreme gradient of disturbance. Findings from this research will be applied directly to new shark Red Listings and CITES listings aimed at controlling the fin trade, and should also foster discussion about the conditions needed to ensure reef resilience and motivate conservation initiatives to fully protect the few remaining pristine U.S. reefs.

Julia is currently an Associate Professor at the University of Victoria. Visit her lab's website.

Sharks on coral reefs: estimating baseline abundances and ecosystem consequences for their elimination