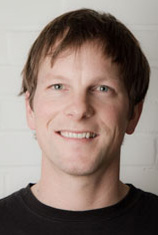 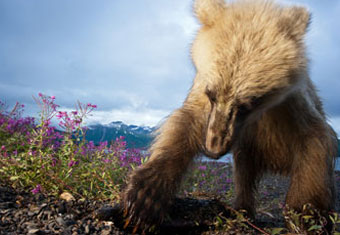 Loss of biodiversity is one of the most pressing threats to ecosystems. Biodiversity is lost at the population-level about 1000-times faster than at the species level, so a critical task for conservation science is to understand the ecological significance of within-species (intra-specific) diversity. Recent research has shown that intra-specific diversity in prey resources can strongly influence the viability of wide-ranging consumers. Many prey resources exhibit functional diversity in terms of where and when they are available to species that consume them. For example, genetically differentiated prey populations often exhibit differences in the timing of life-cycle events that make them vulnerable to predators and scavengers. Consumers benefit from this phenological diversity in prey because it spreads feeding opportunities across space and time, enabling individuals to track a shifting mosaic of food rather than get swamped by a single pulse. Recent studies suggest many wide-ranging consumers depend not only on phenological diversity in prey resources, but also on habitat connectivity, which enables them to track shifting prey phenologies across heterogeneous landscapes. As we experience rapid losses to population diversity and widespread habitat fragmentation, a key uncertainty is in understanding how much trophic diversity and habitat connectivity are necessary to support consumers at the top of the food chain. This question is especially important in coastal ecosystems of Alaska, where recent research shows that phenological diversity in commercially harvested salmon provides benefits to wide-ranging consumers including grizzly bears, rainbow trout, and birds. Habitat loss, hatchery supplementation, and climate change have the potential to alter salmon phenologies and the mobility of consumers. I will address these issues by generating consumer-resource models that consider trophic resources not as a homogenous entity, but instead as an aggregate of stocks analogous to a financial portfolio. The products of this research will include: (1) a general model demonstrating the functional significance of phenological diversity to consumer viability, which will be broadly applicable throughout conservation science, and (2) a consumer-salmon model that elucidates the ecological impacts of proposed land-use actions in coastal watersheds of Alaska and explores the potential for salmon life-history diversity to buffer consumers from climate-induced changes to flow regimes that mediate foraging opportunities.

Ph.D., University of Washington, School of Aquatic and Fishery Sciences, 2012