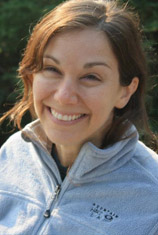 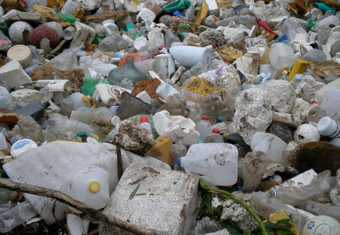 Microplastic debris in aquatic habitats is a global conservation issue, however is not yet considered a threat to wildlife in several large watersheds, e.g. the Sacramento-San Joaquin Delta (Delta) and Chesapeake Bay, which function as a source of this material to the ocean and where several species are currently threatened. Still, plastic debris is a recognized contaminant in these regions, as there are several sources, including treated sewage, urban stormwater and agricultural runoff. Although larger plastic can be removed from wastewater effluent, no existing filtration methods retain microplastics (< 1 mm) and thus wildlife are likely exposed to large and widespread accumulations of microplastic, presenting a physical and chemical hazard. The decline of fish populations in large urban watersheds, as reflected by the declining abundance of native fish species (e.g., the endangered Delta smelt (Hypomesus transpacificus)) is well documented. Several stressors are examined as potential causes, but the threat from microplastic remains largely ignored. Here, we propose to consider microplastic as a threat to fish populations in large urban watersheds. We will provide fundamental information regarding the sources, sinks and impacts of microplastic to guide science-based management of polluted watersheds and their declining fish populations. We propose to conduct a case study for the fate and effects of microplastic in urban watersheds using two of the largest watersheds in the United States and their native fish species. We aim to 1) quantify microplastic in critical habitat of native fish and in gut contents of native fish, 2) characterize the sources of microplastic into these region and 3) measure how the mixture of microplastic and associated contaminants affect the health of native fish, particularly in regards to survival, growth and reproduction, all of which may ultimately affect population size.