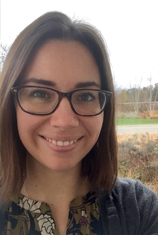 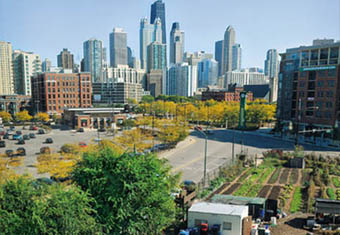 Approximately half of the world’s population lives in urban areas, yet many cities worldwide are experiencing population decline. Of the nearly 400 cities worldwide identified as “shrinking” approximately one quarter are located in the United States. Little is known about the basic ecology of organisms within the shrinking urban core, especially in cities that have suffered extensive population loss.  Though urban biodiversity and conservation deserves attention in its own right, organisms that also provide ecosystem services, such as pollinators, warrant special attention.

My research is a multi-city study to investigate the legacy effects of urban shrinkage on bee community structure in shrinking cities of North America. Although bees are very diverse, many species are in trouble. Declines of honeybees and North American native bees, such as bumblebees, have been reported over the past decade. Utilizing datasets of my collaborators, we will explore bee communities from 12 shrinking cities in detail. Using a multi-disciplinary approach incorporating social data, we will ascertain the influences that ecological, social, economic and historical processes have on bee diversity in urban areas. We will investigate ecosystem services provided within these urban sites through a pollination study replicated in community gardens of three shrinking cities in the Midwest. Our findings will be relayed to the communities in which we are working to improve pollination services and native bee conservation in urban gardens of shrinking cities. Our work also has implications for urban planning for smart shrinkage, in partnership with native pollinator conservation, and sustainable urban agriculture.