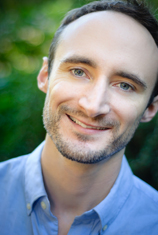 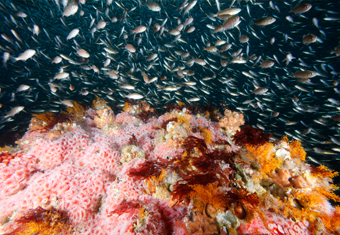 Climate change necessitates that the future of conservation biology focus not just on mean changes but also on variability and extremes. Mean shifts in climate are already influencing the distribution and abundance of species, but the impact of increased climate variability and extremes is potentially greater and less well understood. For marine fish populations, one possible result of climate extremes is an increase in the prevalence and magnitude of catastrophic events in recruitment — dramatically lower numbers of young fish entering a fish stock than typically expected. In the United States, the Magnuson-Stevens Fishery Conservation and Management Act specifically recognizes the threat posed to social, economic, and ecological systems by "catastrophic regional fishery disasters" and calls for conservation action to prevent and mitigate them. In collaboration with the University of Washington, the National Oceanographic and Atmospheric Association's Northwest Fisheries Science Center (NWFSC), and The Nature Conservancy, I propose to (1) develop a statistical framework for forecasting marine recruitment extremes in space and time, (2) apply this framework to extensive empirical marine population and climate data on both coasts of the United States to investigate the signature of climate change in extreme marine population dynamics, and (3) determine what conservation policies are associated with robustness to and recovery from catastrophic recruitment events. This work will provide key insights into the impacts of climate extremes on population dynamics, create open-source statistical tools for conservation practitioners to forecast the probability and drivers of catastrophes in space and time, and guide policy decision making toward conservation approaches that are robust to population dynamic catastrophes in the face of increased climate variability and extremes.

Dr. Trevor Branch at University of Washington, Drs. Eric Ward and Michelle McClure at NOAA and Drs. Paul Dye and Jodie Toft at The Nature Conservancy