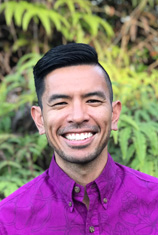 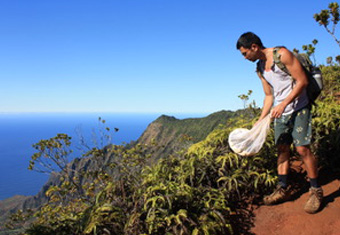 Wild bees are significant pollinators, playing a key role in maintaining terrestrial ecosystems. However, because bees depend on flowering plants to sustain their diets and rear offspring, they are vulnerable to habitat degradation, disease, and climate change. In Hawai‘i, seven endemic species in the genus Hylaeus are threatened with displacement and extinction due to tourism development, urbanization, invasive species, and agricultural intensification. In response to these compounding threats, the Hawai‘i Department of Land and Natural Resources (DLNR) has implemented a recovery action for some Hylaeus protected under the U.S. Endangered Species Act. The recovery action includes a strategy to breed populations in situ, and translocate species to habitats where they are locally extinct. While these actions are well-informed, there is a critical need to enhance conservation and management decisions through a study of genetic diversity using genomic tools. In the absence of such knowledge, Hawaiian Hylaeus conservation will be limited to estimates of population size based on demographic monitoring, rather than a targeted approach that manages genetic diversity to promote sustainable populations. I propose to generate a genomic resource and population genomic data to 1) monitor Hylaeus populations, 2) characterize genetic diversity, and 3) identify regions of the genome under strong selective pressures due to population decline. The data generated from this project will be useful to the U.S. Fish and Wildlife Service and DLNR when they do draft and execute recovery plan for the endangered Hawaiian Hylaeus.

Dr. Jolene Sutton at the University of Hawaii, Hilo and Cynthia King of the Hawaii Department of Land and Natural Resources