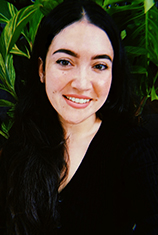 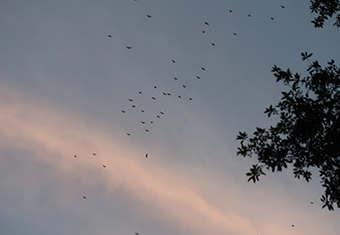 Pacific Island nations are at the forefront of the climate crisis. Exacerbated by biological invasions, Pacific Island ecosystems face further degradation through defaunation and the subsequent loss of ecological processes such as animal-mediated dispersal interactions. On the Pacific Island of Guam, the loss of birds and bats and their dispersal services following the accidental introduction of the brown tree snake have had large-scale cascading effects on the forest ecosystems. Though many studies have documented the effects of bird loss on forests, the effects of large-scale population declines of the Mariana fruit bats (Fanihi) on forests have been left out of most research. Further, very little work has since been done to assess the potential for restoring their populations to Guam. Defaunation may indirectly result in a shift in forest composition towards non-native species that do not rely on specific frugivore mutualisms. Regeneration following disturbance (i.e. typhoons) may also be slower for native species reliant on frugivore dispersal compared to fast-growing, non-native species resulting in a potential erosion of ecosystem recovery and resilience over time. An approach gaining momentum to combat—and even partially reverse—habitat degradation is the reintroduction or trophic re-wilding of species to reinstate lost ecological interactions. Trophic re-wilding is not only increasingly practiced as an approach to combat the loss of trophic interactions but may have potential in indirectly combatting the effects of global environmental change. But before Fanihi re-wilding can be implemented, an extensive investigation into the ‘why’, ‘where’, and ‘how’ of fruit bat reintroductions must be carried out. As such, my objectives for this research project are two-fold and center on 1) assessing compositional shifts in forests associated with Fanihi loss with the hypothesis that areas with intact seed dispersal services yield more diverse, resilient forests and 2) evaluating potential habitat for future Fanihi reintroductions on Guam through habitat restoration, collating past and current records of their roosting locations, and through community education campaigns. Data from this project will provide justification for Fanihi re-wilding and address key knowledge gaps on habitat requirements to assist local managers in identifying priority sites for restoration with the ultimate goal of reinstating lost ecological roles and preserving the cultural significance of the Fanihi.

Dr. Robert Pringle at Princeton University and Dr. Susan Cordell at USDA Forest Service, and in partnership with the Guam Department of Agriculture, Division of Aquatic and Wildlife Resources.