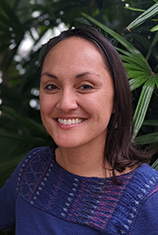 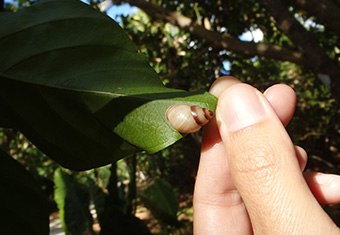 Land snails are overrepresented in documented animal extinctions globally, with Pacific Island land snails accounting for a majority of these. Partulidae are large-bodied, species-rich, and charismatic land snails endemic to the Pacific basin. Once abundant fungivores and detritivores in native rainforests across Pacific archipelagos, now more than half of the species are extinct, and those remaining are threatened by introduced predators and habitat destruction. The limited research efforts to understand Partulidae have focused on species and populations in Polynesia. I plan to study the ecology of the extant species in the Mariana Islands in the Western Pacific, with a focus on traditional ecological knowledge and the factors contributing to the resilience of some species and sensitivity of others in the presence of introduced species and other threats. Increases in U.S. military training and construction in these islands will destroy habitat and increase biosecurity risk, further threatening this group. Further, current conservation efforts have been limited by a lack of local and indigenous input and by geopolitical barriers. I plan to facilitate a network across the Pacific to share indigenous and western scientific knowledge, and to set milestones and establish inter-island support for conservation initiatives.

Dr. Rebecca Rundell at State University of New York College of Environmental Science and Forestry and Noah Greenwald at Center for Biological Diversity