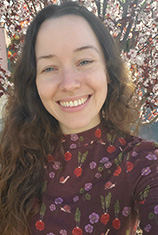 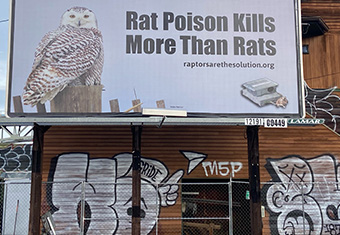 Rats are a human commensal species and have lived in proximity to people for centuries, thriving in the artificial habitats humans provide. While cultural perceptions vary globally, there is an overarching negative view towards rats, based on both the real and perceived roles they have in transmitting zoonotic diseases. To manage rodent populations, a multifaceted approach, commonly referred to as ‘integrated pest management’ (IPM), is recommended. IPM can involve environmentally-safe and compassionate options, including proper sanitation and exclusion practices, the use of natural botanical deterrents, rodent fertility control and biological control with natural rodent predators, such as raptors. However, the most commonly applied IPM tool is anticoagulant rodenticide (AR). In IPM, poisons are ideally used as a last resort, however quite often they are instead used as a preventative or initial approach. This has led to the ubiquitous, and often haphazard, use of ARs around the world.

Anticoagulant rodenticides can have adverse, and often indiscriminate, effects on non-target wildlife. Secondary poisoning, a result of bioaccumulation in the food chain, impacts a variety of wildlife, including those critical to ecosystem functions, such as top-order predators. Raptors are particularly important for rodent control in ecosystems and many species have been flagged as the most at risk to AR exposure. While lethal AR exposure has been documented in numerous non-target species, the impact of sublethal exposure remains understudied. I plan to use a  multidisciplinary approach to better understand the impact of sublethal AR exposure in raptors, using burrowing owls (Athene cunicularia; BOs) and golden eagles (Aquila chrysaetos; GEs) as my focal species. In a four-pronged approach, I propose to 1) assess the prevalence of AR exposure in BOs and GEs in California; 2) investigate differential gene expression profiles between outwardly healthy AR-positive BOs and GEs and AR-negative BOs and GEs; 3) perform dietary metabarcoding on the study species to gain an understanding of their rodent intake and 4) explore the impact AR exposure has on population persistence by performing empirically informed population viability analyses. My results will be used to advise policymakers on AR regulation decisions and uncover the hidden impacts of a widely used management tool that may be poisoning wildlife populations on a massive scale.