The Marine Section announced Patima Tungpuchayakul as the first winner of the Jairo Mora Sandoval Bravery Award at IMCC5 in Kuching, Malaysia in June 2018. Read about Patima below. 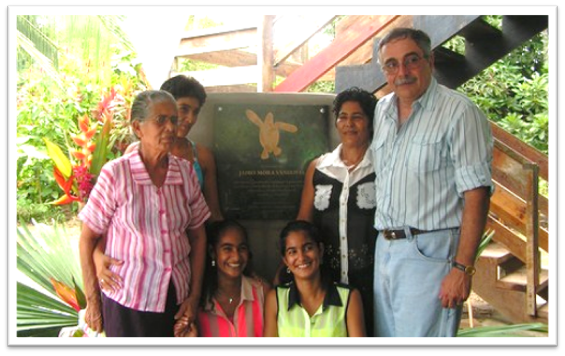 The first ever Jairo Award in 2016 was given to Jairo, with his mother, Fernanda Sandoval, the recipient of the funds. Since receiving the award, Fernanda has been trying to use the money to set up a foundation, non-governmental organisation, or other entity to continue with Jairo’s work. However, she has been delayed by bureaucratic requirements and other procedural hurdles. She has retained the services of a lawyer to help with this, but if you have any experience and wish to help, please contact the Chair of the Jairo Award Committee, Mel Cosentino, here.

Fernanda is also taking her son’s commitment to conservation to broader applications as she is also looking to invest in reforesting a large property that she looks after. 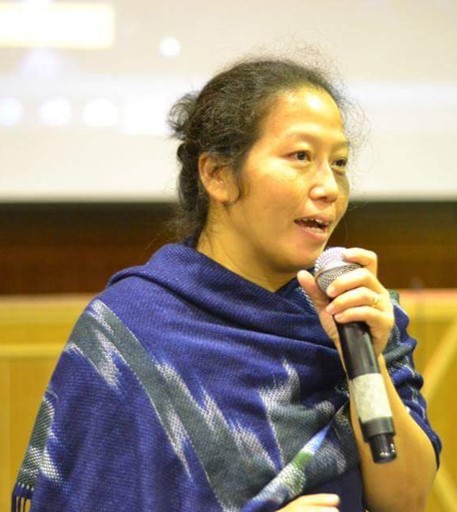 Patima Tungpuchayakul was born and grew up in Pathum Thani province, north of Bangkok, in Thailand. She obtained a degree in Humanities and Social Sciences (Community Development) at Mahasarakham University. After she graduated, in 1996, her interest in human rights began, when she realised the owners of factories near her home,  were abusing migrant workers, especially women and children. In fact, women and children are often treated as poorly or worse than men.

She is currently the Manager of Labour Rights Promotion Network Foundation (LPN), founded by Patima in 2004 to promote the labor’s quality of life. These include Thais, Burmese, Laotians, and Cambodians. Their mission is to fight against child labor and human trafficking through modern slavery. Respected for her courage and determination, Patima's work proved of critical importance when the Labor Rights Promotion Network (LPN) rescued about 2000 captive and stranded fishermen from isolated Indonesian islands in 2014. Patima has emerged as the key person behind attempts to end slavery at sea in Southeast Asia. She is also deeply involved with the concerted effort to provide adequate protection for all migrant workers throughout the 10 nations that make up the region.

Helping end those abuses led Patima to a role in shaping Thailand's Anti-Trafficking Law in 2008. Despite the law, however, trafficking continued. Between August 2014 and October 2016 Patima rescued 3000 trafficked fish workers stranded on remote islands in Indonesian waters by the Thai fishing industry. Through LPN, Patima and her husband Sompong Srakaew run a program for migrant workers in the fishing industry in Thailand’s largest seafood processing center, Samut Sakhon. The programs help migrant workers and their children to gain legal status to be eligible for minimum pay rates, medical and school benefits, and to overcome recruitment debt. Workers in LPN programs had long spoke about men trafficked by the fishing industry who had never returned. Having no funds or diplomatic advantages, Patima coordinated and executed trips to the region and found men who had been trafficked, some who were literally chained and trapped in cages on these islands. The found men who had been trafficked as boys who scarcely remembered their villages, who felt forgotten and abandoned, who felt tremendous shame for not providing for their families as they  had intended to when they left their countries to work in fishing and seafood. Patima’s team provided emergency services including food, clothing, and acute medical care.

Prior to the rescues, the Thai government and seafood industry denied problems of overfishing from illegal fishing and the significant human slavery, despite efforts by the United Nations and European Union to raise awareness of these problems. Several organizations including Human Rights Watch has published their findings indicating the industry relied on widespread human trafficking and in 2013 the UN’s International Labour Organization had published findings to show 17-25% of fishing crew in the industry worked in forced labour conditions. LPN served as an agent of conciliation between seafood employers, labour agents, and workers. Over 95% of workers were migrants who did not speak Thai, and approximately half did not hold legal permits. Migrants needed to pay for the paperwork to get a job which meant that in some cases they already owe a year and a half worth of salaries when they got the job.

Patima and her team took a leadership role in influencing policy change in Thailand’s fisheries sector with regards to migration management as well as identifying the conditions of overfishing in the Thai sector, which impacts neighbouring waters from the Pacific through the Indian Ocean. Her fierce determination to show the human face of today’s fishing industry and can of tuna has also placed pressure on the international community and the sector’s largest companies to protect labour rights within the seafood supply chain.

Patima is a true marine conservation hero. SCB Marine and the Jairo Award Committee could not be more proud to award her with the 2018 Jairo Mora Sandoval Bravery Award.