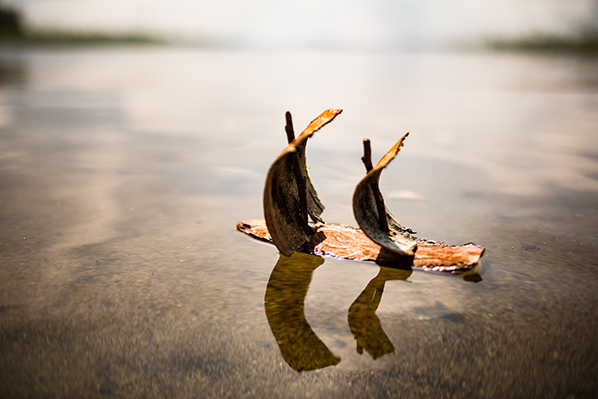 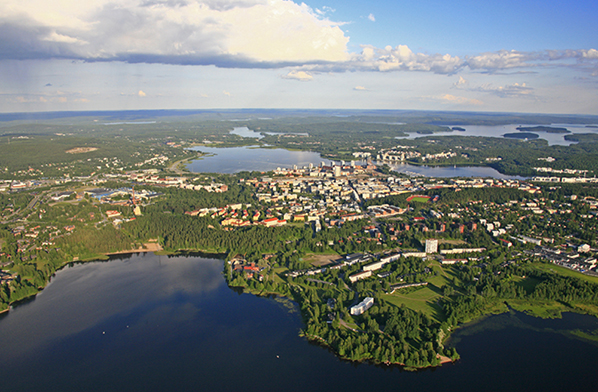 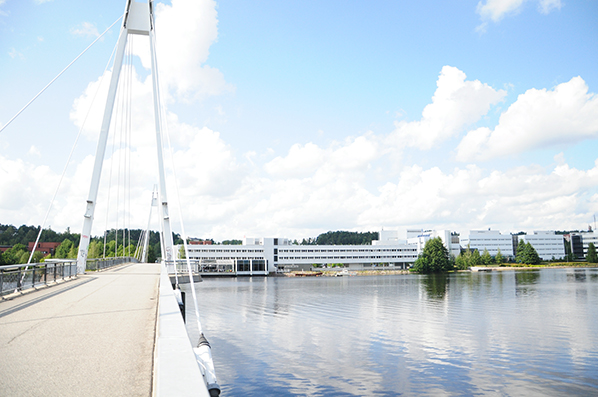 A great pleasure of warmly welcoming to Jyväskylä, Finland!

Jyväskylä is located in Central Finland, about 270 km north from Helsinki. The Jyväskylä Region can be reached easily by air, road and rail. The biggest international airport of Finland is situated in Helsinki, the capital of Finland. Shortest and smoothest way to travel between Europe and Asia is via Helsinki. Helsinki Airport's strength lies in its excellent geographical location between Europe and Asia as well as in fast and easy transfers. The transfer times are among the shortest in Europe. The nearest international airport is situated in Tampere with daily connections to Bremen in Germany and Budapest in Hungary, also by low cost airlines. Tampere is 1,5 hour drive or train trip away from Jyväskylä.

If you are arriving from Russia, there are direct buses from St. Petersburg to Jyväskylä. You also can travel from Russia to Finland by train. In that case you should change either in Kouvola, Pieksämäki or in Tikkurila. The third option is to take a train to Kouvola or Lahti, and then a bus to Jyväskylä. There is also a night train connection from Moscow to Lahti.

Here you can find answers to some of the most frequently asked questions.

By train
The train journey from Helsinki to Jyväskylä using the Pendolino express service takes 3.5 hours at its fastest while the trip from Tampere to Jyväskylä takes roughly 1.5 hours. Train tickets can be purchased from VR/Finnish State Railways’ net store www.vr.fi or in the ticket office.

If you are flying into Helsinki-Vantaa, the simplest solution is to take the local train from the airport to Tikkurila and change there to a Jyväskylä-bound train. You can either take a taxi, Finnair bus or city coach to reach Tikkurila or Helsinki city centre. Catching the train at Tikkurila cuts down the time of travel to Jyväskylä a little.

By coach
Jyväskylä can also be reached easily by coach; tickets can be bought from Matkahuolto’s net store www.matkahuolto.fi/en which also provides details of routes, timetables and fares. The journey from Helsinki to Jyväskylä by express coach takes approximately 4.5 hours. Many express coaches also call at Helsinki-Vantaa airport, where the coach can be boarded. A slightly quicker coach connection from the centre of Helsinki to Jyväskylä is operated by Onnibus. This takes about 3.5 hours (but does not call at Helsinki-Vantaa). For information on timetables and fares please visit www.onnibus.fi: tickets can also be purchased online. The OnniBus stop is in Helsinki (Kamppi bus station). Make sure to book your tickets early to get a cheaper price.

By ferry
It is also possible to arrive in Finland by ferry via Stockholm, Tallinn, Rostock or Travemünde. The destinations in Finland are Helsinki and Turku. The journey from Tallinn to Jyväskylä is an excellent connection to Central Europe and it also is very inexpensive and fast. There are several ferry lines between Tallinn and Helsinki. For those who arrive at Turku harbour, the train normally leaves immediately after the arrival of the Stockholm ferry.

There is no airport transfer between Tikkakoski and the centre of Jyväskylä, so a taxi should be booked in advance by calling +3581006900 before boarding the plane in Helsinki. The price of the call is 1,25 € / answered call + 0,25 €/10 s + local network charge. Pre-order charge is 7,10 € and pre-order for mornings recommended to be done by 9 p.m. on previous evening. Estimated taxi fares between Tikkakoski Airport – Jyväskylä City Center / € one way (calculated by 1-2 persons, possible pre-order charge will be added to the price)

You can also fly to Tampere airport, which locates roughly 1,5 hours train travel away from Jyväskylä.

A cost-effective option is to fly to Helsinki airport and take one of the numerous bus or train services to Jyväskylä (approximately 3½-4½ hours depending on the service).

Below, you can see the flight schedules Helsinki - Jyväskylä and Jyväskylä - Helsinki between April 1st and September 30th 2018.