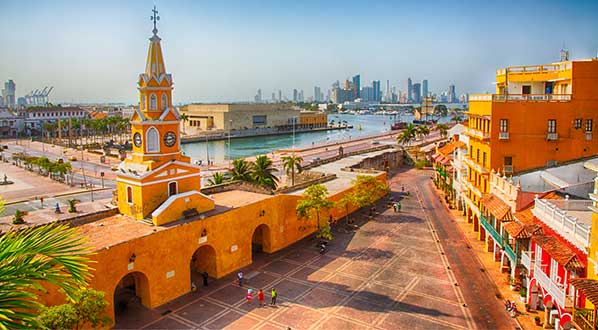 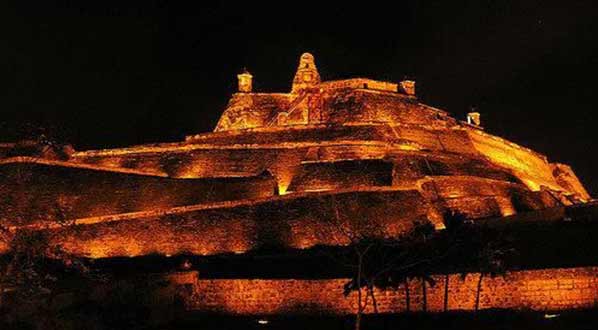 The historic port city of Cartagena is the most extensively fortified in S. America 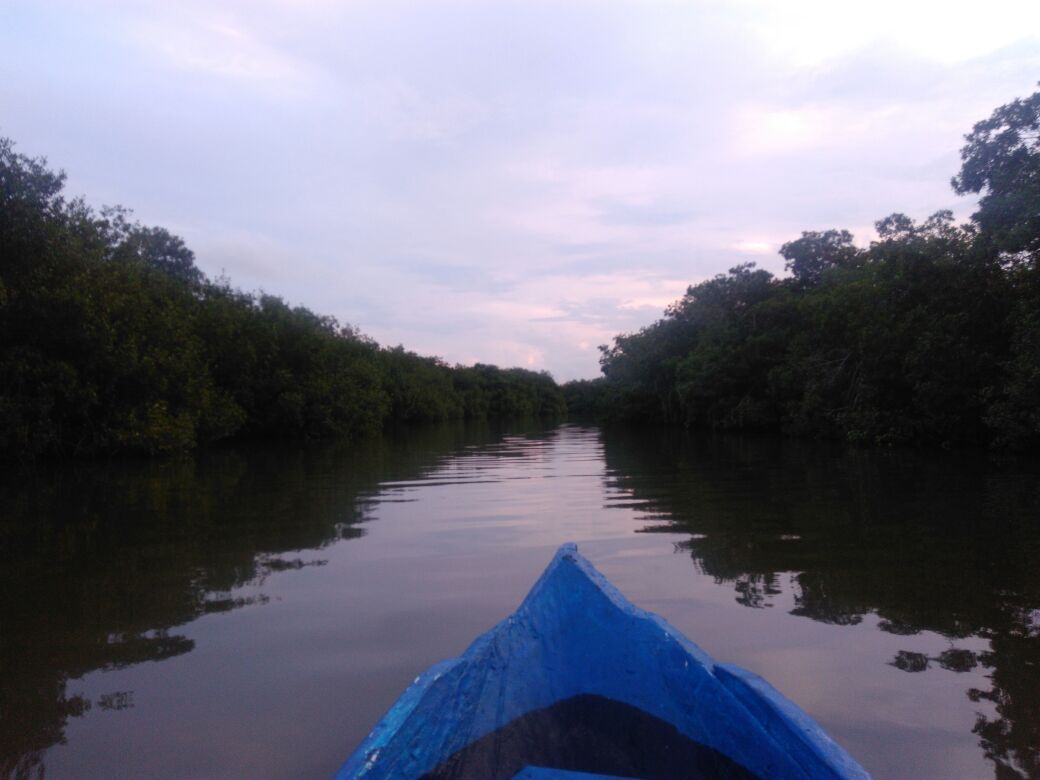 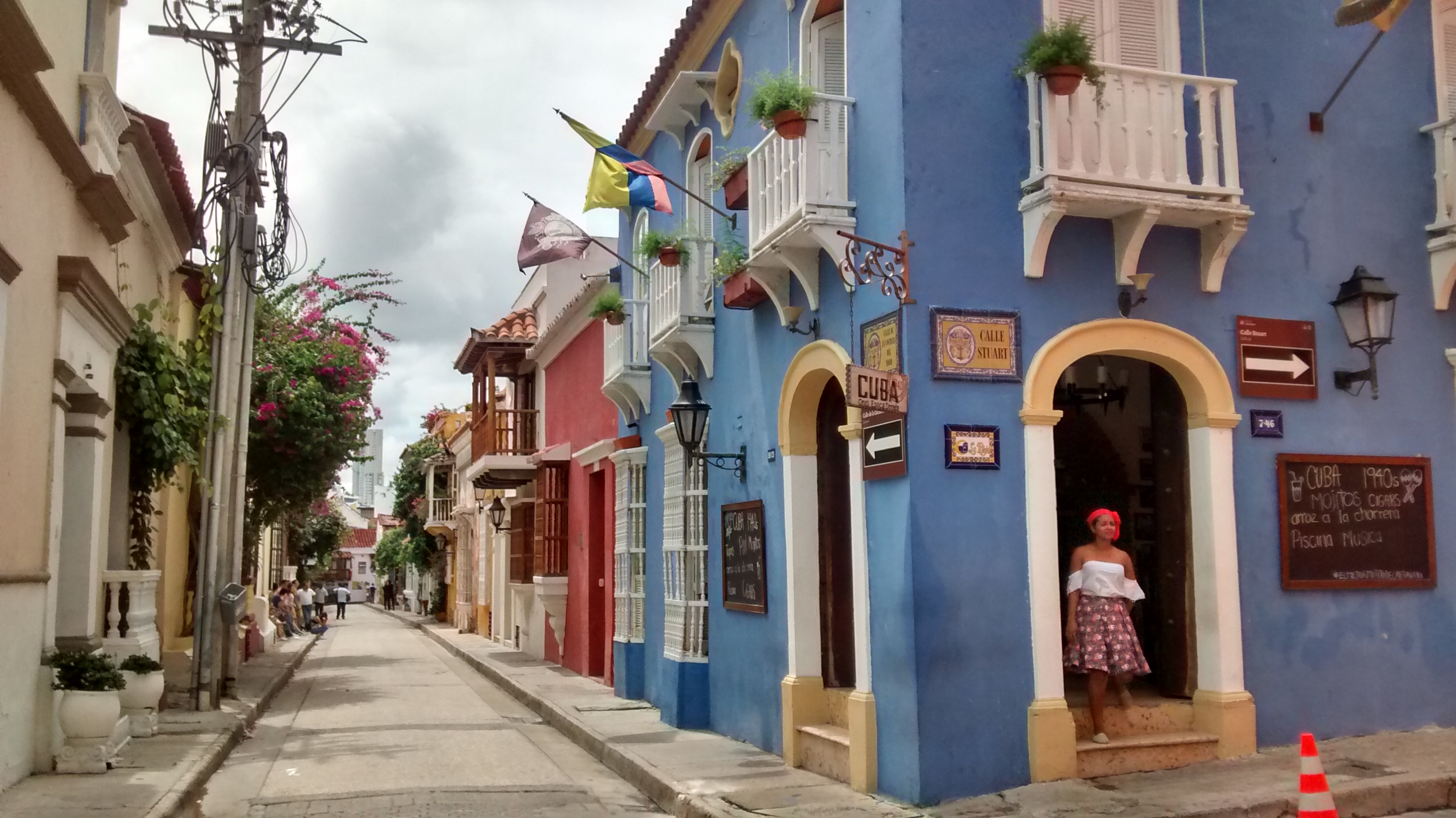 The colonial city was founded in 1533

A vibrant city on the Caribbean Coast of Colombia, Cartagena is a UNESCO World Heritage located southwest of the Sierra Santa Marta, a biodiversity hotspot. The exuberant colonial city will keep you amazed with its colorful old town, its people, its culture and its tropical coastal breezes. The conference venue is located in the city’s historical center and just steps from the Caribbean Sea.
Nested between two continents, Colombia is a country of contrasts. To the west lies the Pacific Ocean, where hundreds of humpback whales mate and give birth not far off the coast. The Caribbean Sea and its mangrove ecosystem lie north. The Andes Cordillera, home to the Andean condor, traverses the central region, and the Amazon region of Colombia covers the south, where the Amazon river dolphin (pink dolphin) is found.
Colombia is home to about 10 percent of all known species on Earth, including as many as 340 endemic species. Despite inspiring stories of conservation progress on species like the Andean condor or Colombia’s wild cats, Colombia’s biodiversity still faces growing development pressure; over-exploitation of natural resources; urban pollution; climate change; recognition of community land and resource rights; and emerging diseases. Within this dynamic environment live nearly 50 million people, from the skyscrapers of Bogotá to the rural countryside that many indigenous peoples call home. All are affected by the fate of the biodiversity of Colombia.

July is considered like a mini-summer month in the middle of Cartagena's rainy season with a mostly overcast sky and essentially constant high temperatures during the day (88°F / 31°C) and lower temperatures during the night (79°F / 26°C). Thunderstorm are a possibility and the chance of a wet day over the course of July is essentially constant, remaining around 34% throughout. More information on the weather in Cartagena, in July can be found here.

Taxis are inexpensive but not metered in Cartagena. They also only take cash so plan for a bit of Colombian pesos for transportation. You should ask for the price of the ride before getting in the taxi (to limit 'tourist charge') and do not be afraid to negotiate the rate down a bit. It may also be helpful to ask at your hotel for the reasonable price to your destination as an indication. Official taxis are yellow and an official taxi line can be found right outside Catagena airport on your left.

Note that from 9:00 p.m. to 5:00 a.m. there is a COP $500 extra night charge and the minimum rate for Getsemani-walled city, Manga-walled city, walled city-Bocagrande is ~ COP $6.400. Also note that tips are not expected, nor required, though many drivers appreciate any extra money you offer (through rounding up) in Colombia.

Alternatively, UBER is available and Cartagena is very walkable although quite hot during the day.