The Intergovernmental Platform on Biodiversity and Ecosystem Services 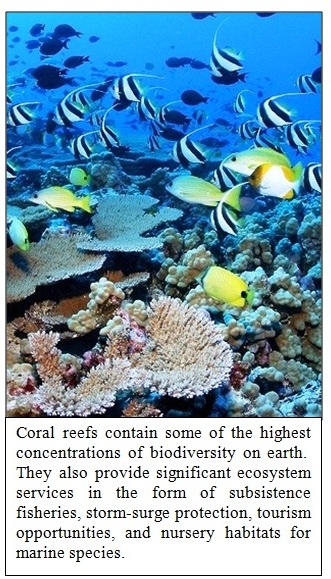 In April 21, 2012, the Intergovernmental Science-Policy Platform on Biodiversity and Ecosystem Services (IPBES) was established. At present more than 130 countries are members of the platform. IPBES will be the first global mechanism, formally recognized by governments, bringing together information regarding the protection and sustainable use of biodiversity and ecosystem services, synthesizing information in a policy-relevant manner, and providing analyses of information for decision makers.

During 21-27 February, 2017, the fourth plenary meeting of IPBES was held in Kuala Lumpur.  Find more information about the meeting at the IPBES website.

During 12-17 January, 2015, the third plenary meeting of IPBES was held in Bonn, Germany. The core of the meeting was a follow up on the Work Programme (WP) established in Turkey (December 2013), where a set of expert groups had been established and initiated the work on several of the deliverables of the WP, including for example scoping of regional/subregional assessments, guidelines for conceptualization of values, and scoping for an assessment on land degradation.

Also on the agenda were a number of formal, but important procedural issues. The plenary decided on a clearance process for the reports provided by expert groups. This included a delicate balance of receiving a formal endorsement on the reports by world governments and at the same time maintaining quality and credibility in the knowledge synthesized by the expert groups. Also on the agenda was the so called Stakeholder Engagement Strategy (SES). The SES is a core document and process that will guarantee the involvement of organizations like SCB in the work of IPBES.

The SCB IPBES delegation at IPBES-3 provided coverage of the meeting on the SCB News Blog. Read about meeting outcomes:

To support SCBs involvement in the IPBES process and to follow the work of the Platform a sub-committee under the global Policy committee is led by Bengt Gunnar Jonsson, Chair, IPBES Subcommittee.