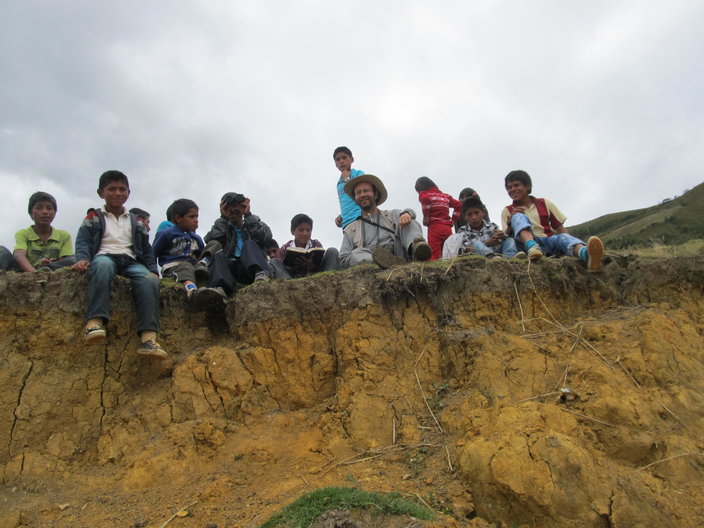 Researcher interacting with children of the community. During a break between church service, they were able to recognize some birds of the fields.

Guidelines for Interacting with Faith-Based Leaders and Communities draws upon SCB members’ experiences and concerns in response to a survey from May to September 2016, a forum at the 2016 International Marine Conservation Congress in Newfoundland/Labrador, a symposium, workshop and poster session at the 2017 ICCB in Colombia, and an e-mail request to all RCBWG members in October 2017. The guidelines that SCB members recommended fall under five stages of conservation projects---planning, initiating, implementing, closing, and following-up. Members annotated their recommendations based on their experiences in the field and included their contact information so other interested members can readily reach them.

Here we explore why these guidelines matter, where they have been shown and used since SCB first published them in 2018, and the work that went into producing them.

Why do these guidelines matter for conservation and how can they be useful for scientists who work with faith-based communities?

Advocacy for implementing scientific consensus on conserving biological diversity is essential--especially in the anti-science atmosphere that persists in various parts of the world. Support can be obtained from faith leaders and communities who have already indicated concern through word and action. Surveys show that a vast number of people self-identify with a “religion” (the term used broadly by the Pew Research Center in 2012 to encompass the faith affiliations of 84% of the people), and evidence of faith-based advocacy and action has been growing (especially within the last five years largely in response to climate change). An effort by conservation scientists and practitioners to interact with faith leaders and their communities is warranted and should include the identification of mutually beneficial outcomes.

SCB members have already experienced positive outcomes when collaborating with leaders and members of faith communities and have graciously volunteered to share their experiences at five stages of conservation research and practice projects: (1) Pre-engagement panning before initiating contact with a leader or members of a faith-based community; (2) initiating contact with the leader of the community; (3) launching and implementing; (4) closing the project; and, (5) following up after closure. Additionally, contributing SCB members point to actions and attitudes that should be avoided. Contributing SCB members also provide their e-mail addresses through which they can be contacted for additional information though, as some contributors have told us, their advice will be rendered humbly knowing how different the contexts of projects and religions may be. Essentially, Guidelines for Interacting attempts to usher SCB members through ways of relating constructively with adherents of various faiths and, thereby, mitigate the “messiness” that can occur during some research and practice projects. 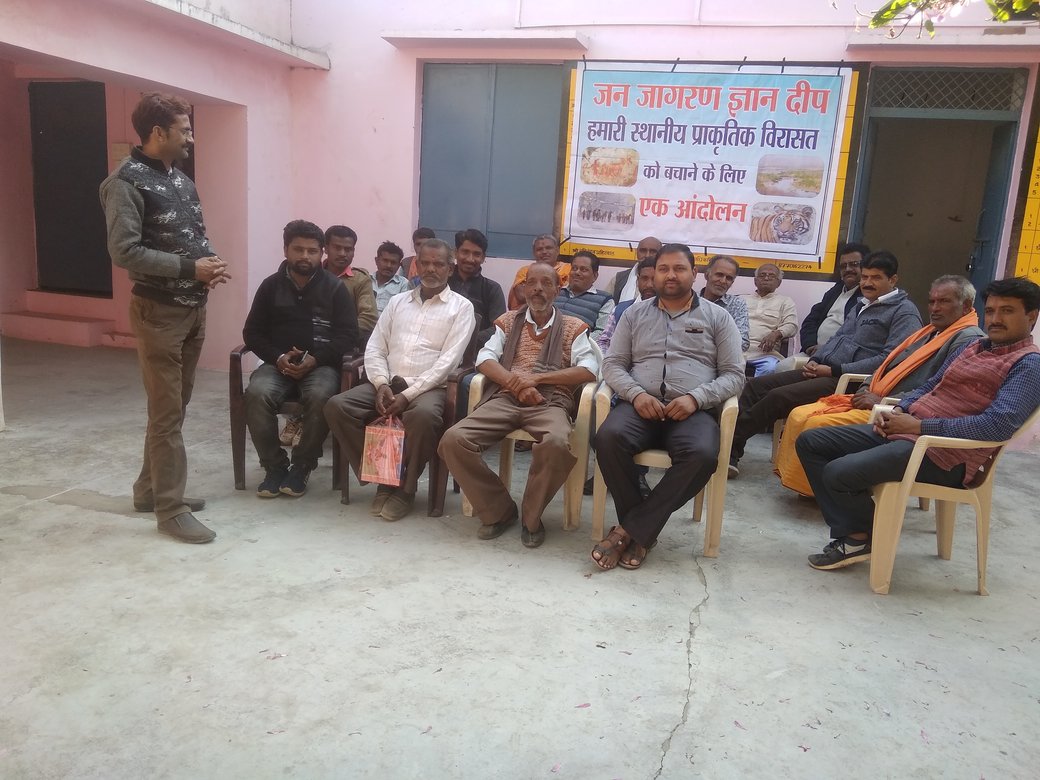 A group photo of spirit intersessions who attended the peer-to-peer interaction workshop along with project paraecologist Sushil Kumar (standing on the left).  The banner in the back ground written in Hindi language says "Community Awareness Rising Program."

Where have the guidelines been shared since the Society first published them in 2018?

Also important to note is the endorsement of Guidelines for Interacting by the Alliance for Religions and Conservation in the UK, the Forum on Religion and Ecology at Yale University, and the Dialogue on Science, Ethics, and Religion of the American Association for the Advancement of Science (see the last page of the document). 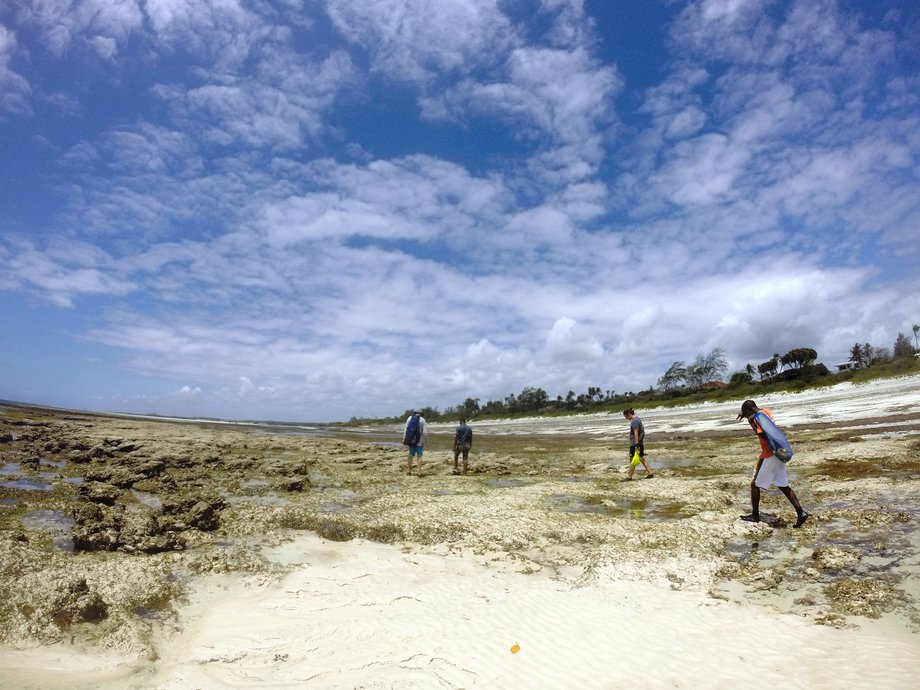 Researchers from  A Rocha Kenya study an intertidal habitat to better understand the species which inhabit the rockpools in order to develop holistic training for local guides.

How were these guidelines produced and what type of work went into producing them?

A great deal of work and volunteer time by SCB members over a three-year period! Conceptualized during the 2015 ICCB in Montpellier and proposed subsequently to the RCBWB Board then headed by Stephen Awoyemi, the Best Practices Project was approved in March 2016 for the purpose of collecting from SCB members world-wide key practices they recommend following when engaging faith leaders and community members in research and practice projects.

A survey of SCB members from May to September 2016, a forum at the 2016 International Marine Conservation Congress (IMCC) in Newfoundland/Labrador, a symposium, workshop and poster session at the 2017 ICCB in Cartagena, and an e-mail request to all RCBWG members in October 2017 yielded many suggestions for best practices that constitute Guidelines for Interacting. All stages were iterative and required editing of contributions for consistency for which their approval was obtained. SCB members who have contributed to this project have always considered it a “modest” one aimed at facilitating SCB members’ efforts in the field.

We are grateful to the approximately 250 SCB members who contributed in various ways to this project, especially the contributors who shared their experiences under one or more stages of the guidelines, to Sue Higgins who worked on the 2016 Survey, to Chantal Elkins who sought comments on the final revised draft of the guidelines from affiliates of the Alliance of Religion and Conservation, and to organizations that have endorsed the document.

We hope Guidelines for Interacting with Faith-based Leaders and Communities proves useful to you and helpful in achieving the goals of your conservation projects. If you have any questions, please contact Jame Schaefer. Access the guidelines here.