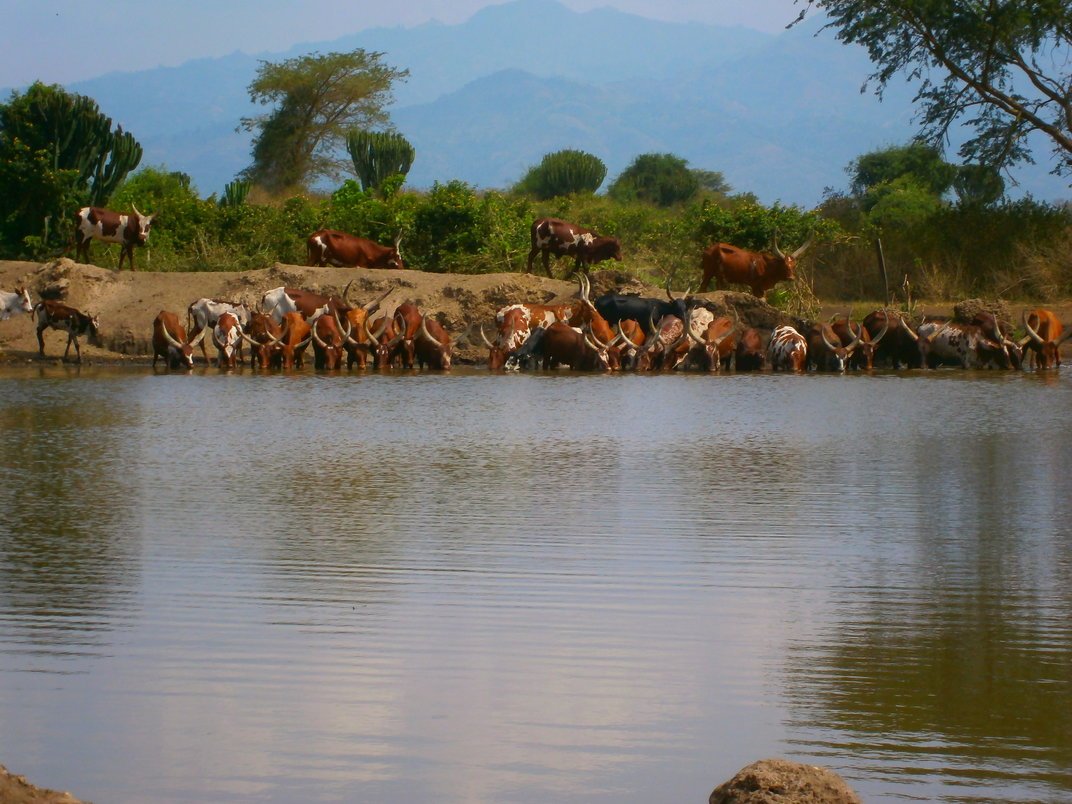 A lantana backdrop in Nyakatonzi, Uganda

The Queen Elizabeth National Park (QENP) occupies the Albertine Rift Valley in Uganda. This 1,978 Km2 park is represented by Central African rainforest, East African grasslands, and an invasive shrub, Lantana camara, which has literally taken over its vast wilderness.

After QENP was gazetted in 1954, the indigenous Basongora pastoralists were evicted from the park and went to the Democratic Republic of Congo, from where they were again evicted in 2006. Having resettled in QENP with up to 20,000 cattle, the Basongora are refugees accosted with conservation and human rights issues.  Having settled outside the protected areas in community land provided by the government, these nomadic pastoralists simply move into the park land because there isn’t enough grass or water for their cattle. The encroachment of QENP is a big threat to its ecological integrity and human-wildlife conflict levels have soared over the recent years.

The invasion of the grasslands by lantana has led to severe grazing pressure as the shrub has choked and reduced by more than 50%, forage availability to livestock. Although there is no data on the total area invaded by lantana, estimates point out that a sizeable portion of the community land is not fit for grazing anymore.

The local communities don’t hesitate to poison the predators of their cows and at least one male lion and two lionesses get killed each year. The situation has worsened due to an increase in human population in the park surroundings. Also, fishermen have taken to cattle grazing due to the depletion of fish in the lakes of the park. Most cattle predation by lion happens inside the park. However, some cattle are lost in the community lands as well. Eradication of lantana from the community land to make more pastures helps mitigate human-wildlife conflicts by reducing lion attack on trespassers, and retaliatory poisoning of the apex predator. 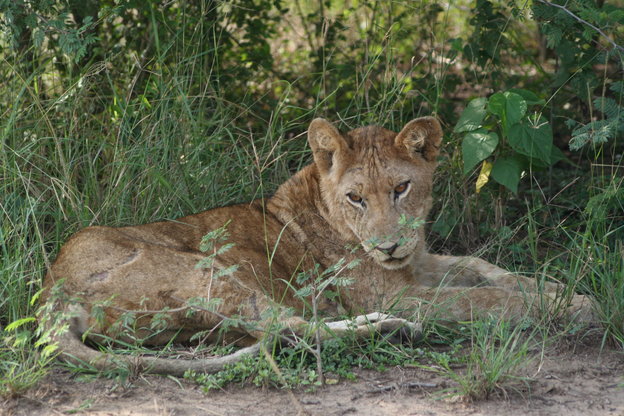 The rate at which the lion population has dwindled in the park is a conservation concern, and it would cause important changes to the entire ecosystem if no action is taken. A monitoring program to track predators in the area has been working for several years. In addition, NGOs are working to improve the quality of the pastoralists’ life and sensitizing them about biodiversity conservation. Water dams to make the people independent of the protected area water sources, and predator proof kraals to avoid cattle losses are being built in the community land. Cattle health camps to enhance their productivity have made pastoralists focus on quality rather than quantity of cattle owned for the same income. Conservation awareness programs are being conducted in the schools of the area. However, what are the real possibilities of implementing a plan to manage the lantana invasion in the site? For now, no large-scale project to eradicate lantana from the community land has materialized.

The rate at which lantana propagates, dispersed mainly by birds which eat their fruits, and its capacity to re-grow from vegetative parts, make the management of this invasive species very difficult. The lantana stems can be used as firewood, consequently reducing the pressure on natural resources for firewood. They can also be used as a material to produce handcrafts or domestic utilities. Some studies show that lantana leaf extracts could make an effect bio-pesticide to control crop pests. Thus, harvesting lantana to produce pesticide could effectively control this invasive shrub in the Basongora community lands adjoining Queen Elizabeth National Park.

Xavier Pedrol is a conservation biologist based in Uganda.