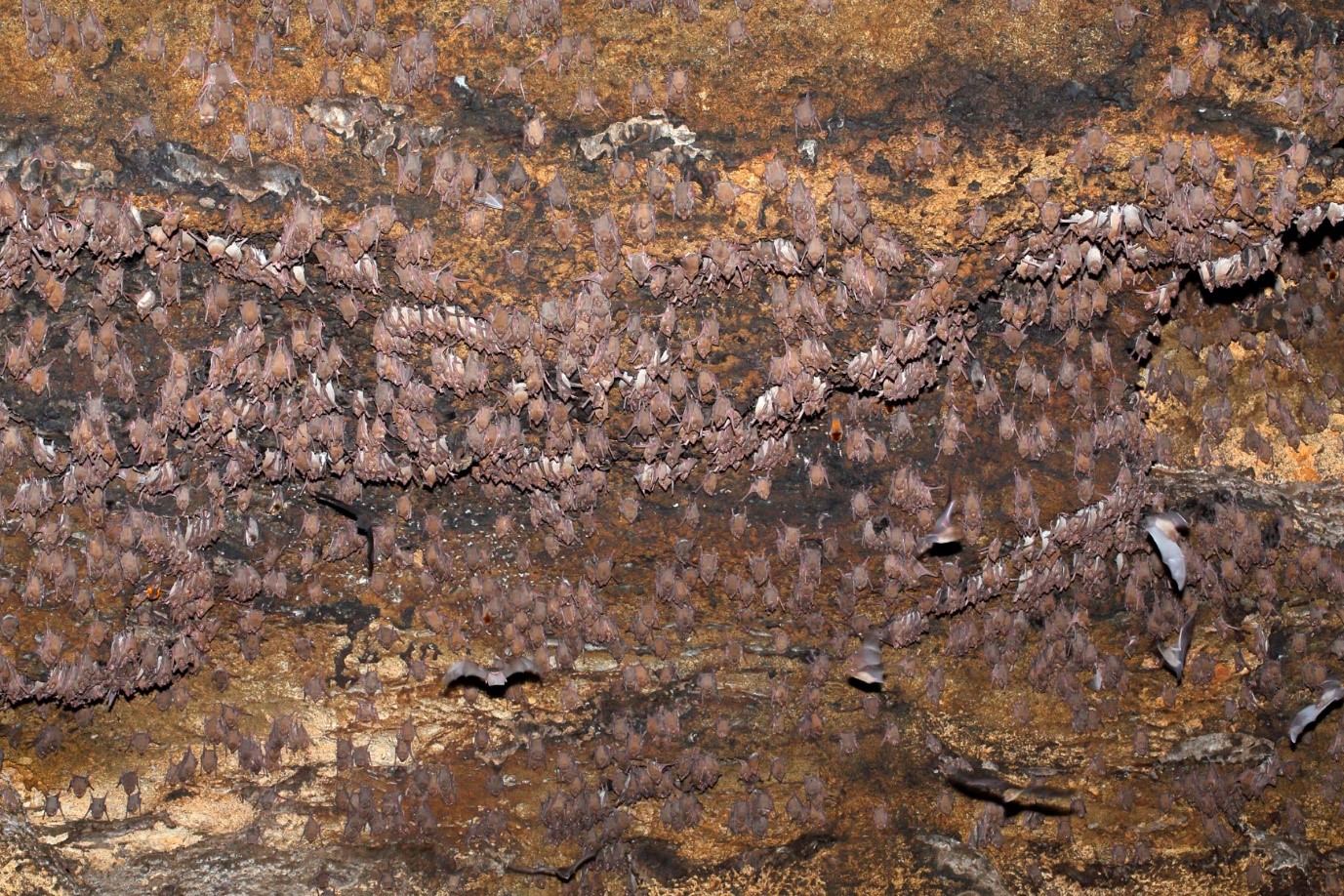 When 10% of Kenya’s land was envisaged as protected areas such as National Parks, Wildlife Reserves and Hunting Preserves, lawmakers possibly dwelled on charismatic mammals, ecotourism, water catchment, precious timber and natural areas with few settlements (Bennun and Njoroge, 1999). The smaller species, especially bats, were not considered a big deal. Yet, bats comprise as much as 27% of Kenya’s mammals (Musila et al., 2019), and are brilliant in their own right! 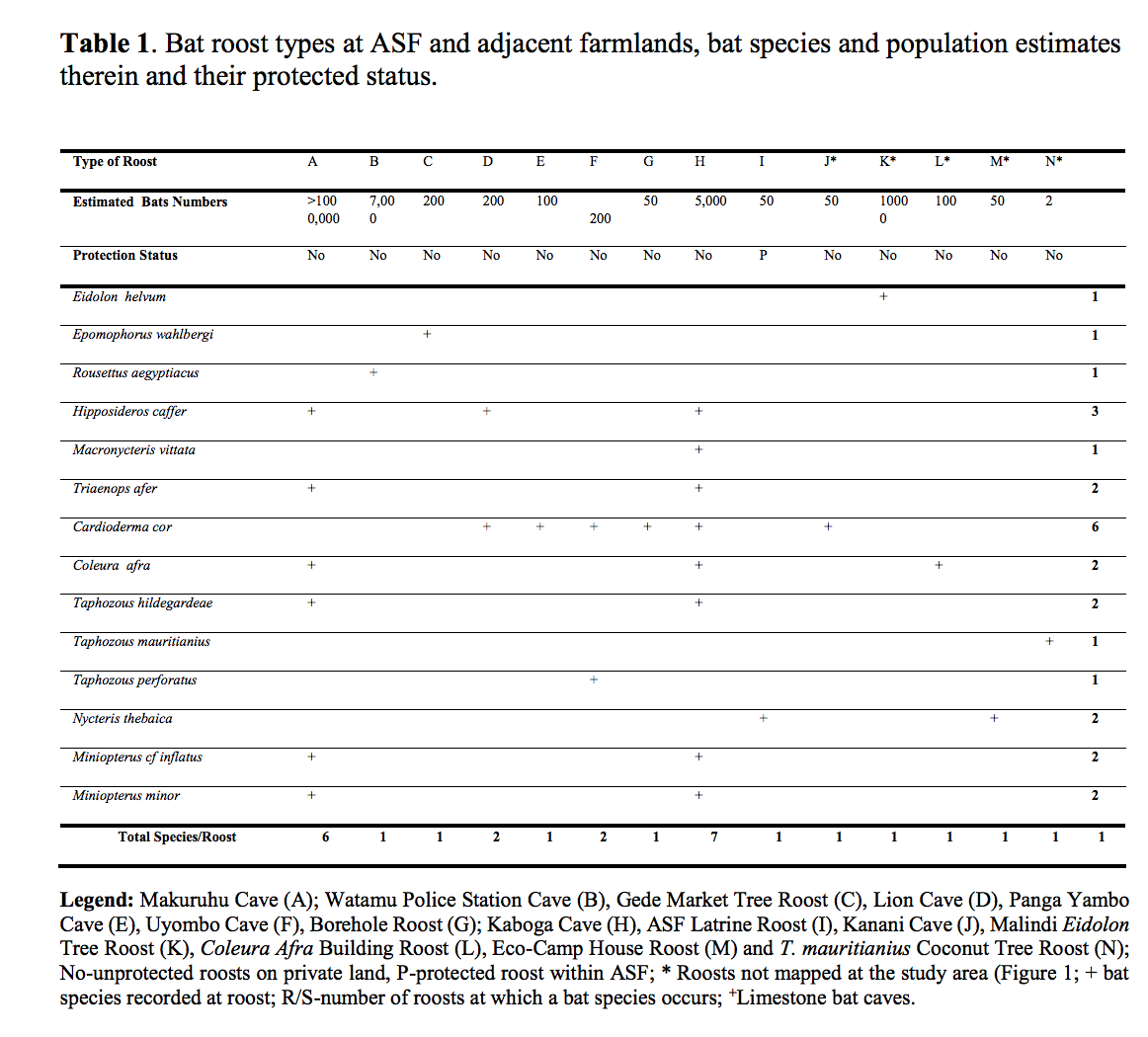 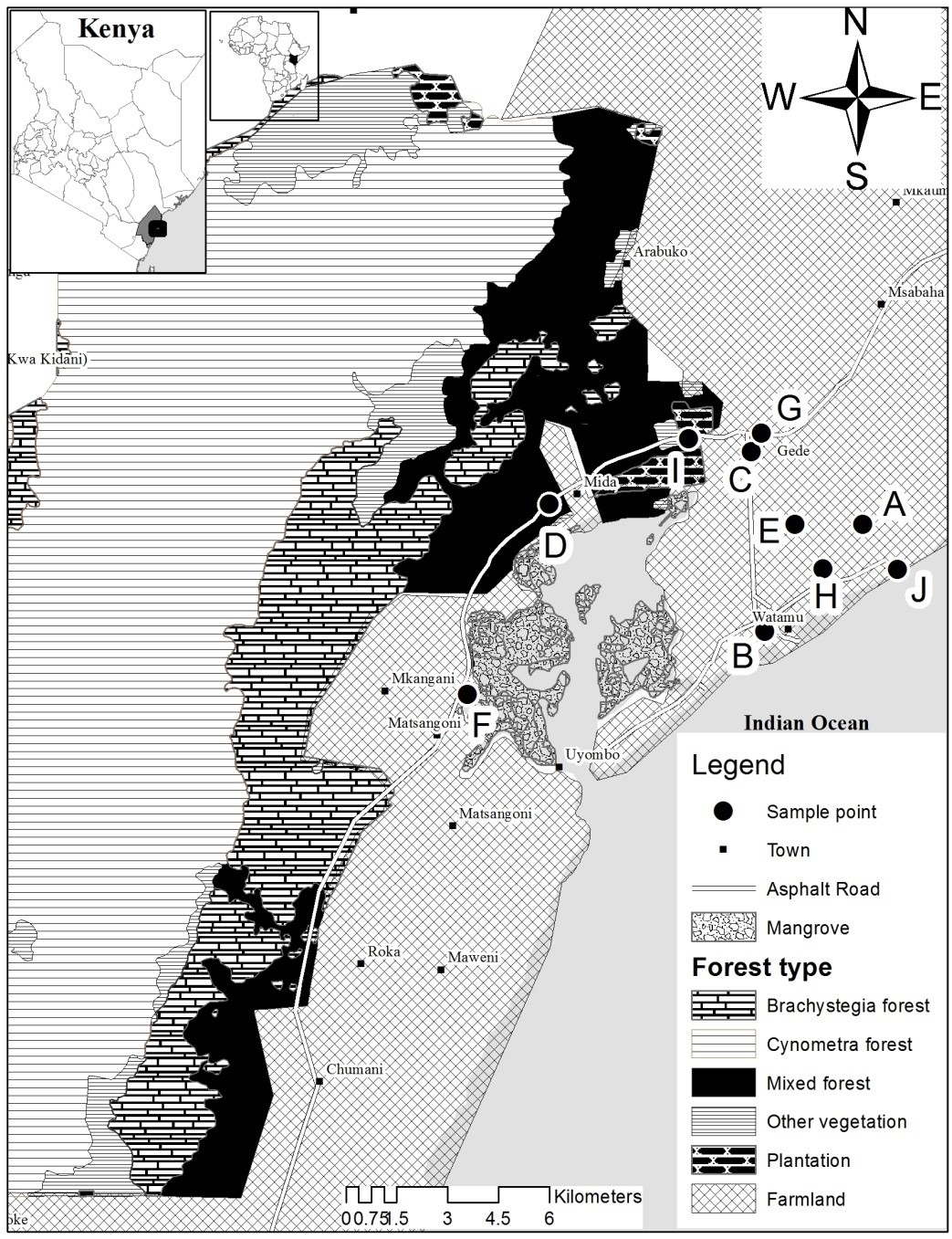 Kenya’s Arabuko-Sokoke Forest (ASF) is the largest and contiguous (41,600 ha) coastal forest in eastern Africa (Bennun and Njoroge, 1999). Our ongoing study of bats at this forest and adjacent farmlands have confirmed the existence of at least 25 bat species (Musila et al. 2019 in press). Additionally, we have identified 14 bat roosts in the area, 13 occurring on the adjacent farmlands (Table 1, Fig. 1). The existence of many bat roosts outside ASF, including many others on private lands (Webala, unpublished data), south of Mombasa, is a pointer to the establishment of many protected areas in Kenya, which excluded bat roosts and in hindsight was a blunder. Roosts on private land are endangered as they are easily disturbed, modified, destroyed or even razed down for other uses not conducive to bat conservation. The situation is aggravated by the lack of laws protecting bats and roost sites in Kenya, and environmental impact assessments are rarely conducted to assess effects of infrastructure development on bats. Furthermore, like in other parts of Africa, Kenyans in general have negative attitudes towards bats (Musila et al. 2018), which leads to their persecution and destruction of their roost sites (Webala et al. 2014).

To ensure the survival and persistence of bats in Kenya, there is an urgent need to conduct a countrywide documentation and mapping of bat roosts, initiate bat awareness campaigns among communities, academicians and policy makers, and actively implement conservation programs to safeguard roosts of multiple bat species (Table 1, Fig. 2).

Musila, S., Gichuki, N., Castro-Arellano, I. and Rainho, I. (2019). Composition and diversity of bat assemblages at Arabuko-Sokoke Forest and the adjacent farmlands, Kenya. Mammalia (in press).