Black is Beautiful at Laikipia, Kenya 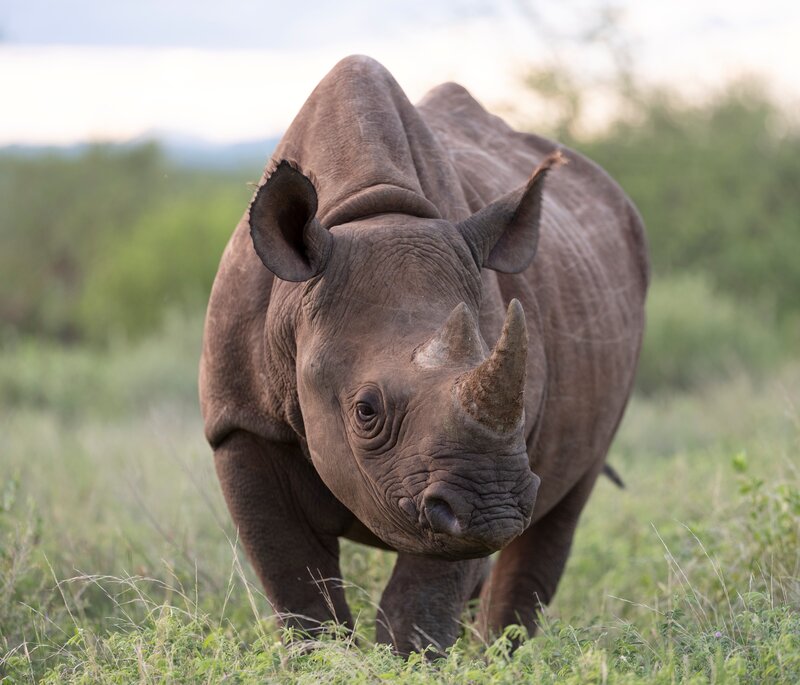 It has taken 20 years of relentless work by stakeholders to pull the black rhino back from the brink in Africa with their numbers having doubled from a historic low 20 years ago to 5455 in 2018 (WWF, 2019). Yet, the black rhino continues to be critically endangered, and to bring the numbers up to even a fraction of its earlier population estimates would be a bigger feat. Poaching and trafficking of rhino horn continue to plague the black rhino and threaten its recovery. In Kenya, for example, there has been an increased number of rhinos killed by poachers for their horns (Kenya Wildlife Service, 2019). This has reduced the number of black rhinos in Kenya, with the surviving rhinos confined to conservancies across the country.

We rephrased the question and asked them why they preferred the specific animal they watched within the conservancy. The tourists indicated that the black rhino was unique and scarce, and they felt privileged to watch it. The endangered species was preferred to species of least concern. The responses were similar with a range of tourists preferring to see the rare species conserved within Laikipia county.

Our statistical analysis of the respondent surveys indicated that the government and the communities across Laikipia preferred to get involved in the conservation of endangered species like the black rhino. This has led to an increase in the number of conservancies (both protected and unprotected), and in turn enhanced the flow of tourists within the country.

We sought to gain more insight into the reasons why the black rhino was preferred and conserved within Laikipia county. We asked the respondents whether the habitat conditions in Laikipia conservancies made it easy for conservation of the black rhino. Nearly all respondents attributed the optimal habitat conditions for rhino conservation within the county (Nzomo et al., 2020). This in turn enabled good viewing of the rhinos for tourists they affirmed. It seemed that our survey respondents had a soft spot for free-ranging black rhinos despite the risk of poaching faced by the hapless animals.

Even when there is great benefit accrued from wildlife, poachers continue to take them down, more so the black rhino (Makawiti, 2015). The black rhino population in Kenya has plummeted contrary to the efforts to conserve them in Kenya. There is a dire need for the stakeholders to come up with a better conservation strategy need for the black rhino (Newsome et al., 2005). It is unclear how this onerous task can be accomplished, but it will be something worth doing for this charismatic species.

Makawiti B.C. (2015). Factors that affect the demand for domestic tourism among professionals in Nairobi: an application of the AIDA Model. MBA Project, University of Nairobi.