Conserving the devils of Ghana 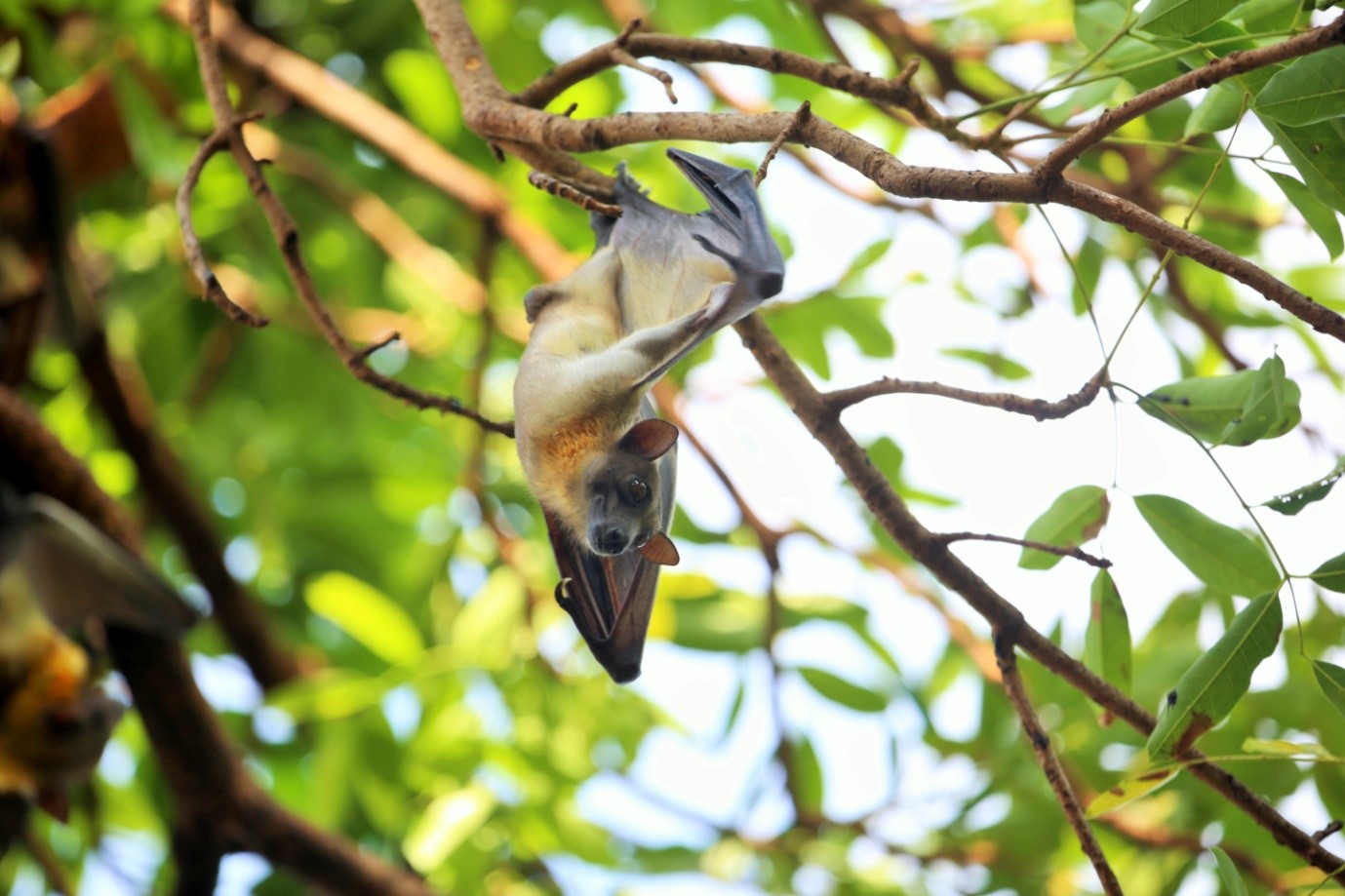 Bats provide valuable ecosystem services but are often riled for their looks and feeding habits. The Near Threatened straw-colored fruit bat (Eidolon helvum) in Ghana is an example of this misplaced animus. Although they feed over extensive landscapes, dispersing seeds and pollinating trees up to 88 km away from roost sites, these bats are harvested as seasonal meat source and provide supplementary income for hunters and traders. Also, their body parts are used in traditional medicine to cure varied ailments.

Large bat colonies are perceived as a nuisance as they are very noisy and dirty people's compounds and houses with their fecal droppings. Cavity roosting bats that utilize crevices and roofs of buildings as roosts are unwanted guests as their droppings damage building roofs and the stench is unbearable to residents. Fruit bats are treated as agricultural pests by orchard farmers who complain about damaged fruits and reduced yields.

Much as vampire bats not found in Africa, fruit bats are considered vectors of zoonotic diseases like Ebola, although this is untrue.  The 2014 Ebola outbreak, for instance, led to the implementation of several campaigns in Ghana implicating bats in the spread of the disease. This triggered the fear of bats among people and led to the persecution of these hapless animals, destruction of roosts and other cruel interventions aimed at destroying bats. Similar attributes and perceptions of risks associated with bats have led to the elimination of bats in the vicinity of homesteads (Mickleburgh et al., 2002; Kunz et al., 2011).

Bats are taxonomically and ecologically unique animals which make up an important proportion of the global biodiversity with over 1,116 species, constituting 20% of all mammal species (Simmons, 2005; Happold & Happold, 2013).

About 221 species of bats occur in Africa (Happold & Happold, 2013), of which an estimated 39% occur in Ghana (Hutson & Mickleburgh, 2001). Roosts of fruit bats (Pteropodidae) are particularly common in Ghana. Several roosts identified in Ghana occur near humans within 50 m of buildings and homesteads (Leach et al., 2017). Large conspicuous roosts also occur in rural and urban centers, such as the colony of the straw-colored fruit bat located within the environs of the 37-military hospital in the capital city, Accra, which is known to harbor up to one million bats.

Unfortunately, bats are perceived generally in a negative sense and often described as a nuisance or associated with evil or depicted as agents of misfortune and are among the least likeable animals in several countries (Ayensu, 1974; Mickleburgh et al., 2002; Kunz et al., 2011). People do not hesitate to cut roost trees to drive away bats or kill bats on sight because of perceptions that they are either dangerous or evil. In Ghana, large colonies of fruit bats are perceived as a nuisance as they are very noisy and they dirty people's compounds and houses with their fecal droppings. Cavity roosting bats that utilize crevices and roofs of buildings as roosts are unwanted guests as their droppings damage building roofs and the stench is unbearable to residents. Fruit bats are also perceived as agricultural pests among commercial fruit farmers. Cashew growers in some parts of Ghana complain about bats carrying whole cashew fruits from their farms during feeding bouts causing big crop losses (Ohemeng et al., 2017).

Globally, almost a quarter of all bat species are threatened with extinction. Several species of bats require intervention, but conservation is often hindered by the increasing animosity towards bats due to the negative perceptions about them and the increasing disease risks associated with bats.

The various ecosystems of which bats form a significant part would collapse in their absence. Bats are responsible for the pollination of over 500 plant species (Kunz et al., 2011) and their absence could mean the loss of some of the world's most important food and cash crops. They are perhaps the last remaining animal seed dispersers (Bowen-Jones & Pendry, 1999; Abedi-Lartey et al., 2016). Bats consume millions of insects around the world and hence safeguard crops and help maintain public health (Kunz et al., 2011). Boyles et al. (2011) estimates that the absence of bats could lead to annual agricultural losses of over $3.7 billion in North America.

People's ecological knowledge is vital in shaping their biophilic or biophobic attitudes (Kellert & Westervelt, 1984 (Kellert & Westervelt, 1984; Mahmood-ul-Hassan et al., 2011), and according to Mickleburgh et al. (2002) and Kunz et al. (2011), the negative perceptions people have about bats is due to misconceptions about their biology, ecology and contribution to ecosystem functioning. Thus, conservation education is of the essence, should be based on good science (Pigott et al., 2014) and must ensure peaceful coexistence between bats and humans.