Guest Editorial- How Much Do We Really Know About Amphibian Conservation in Africa? 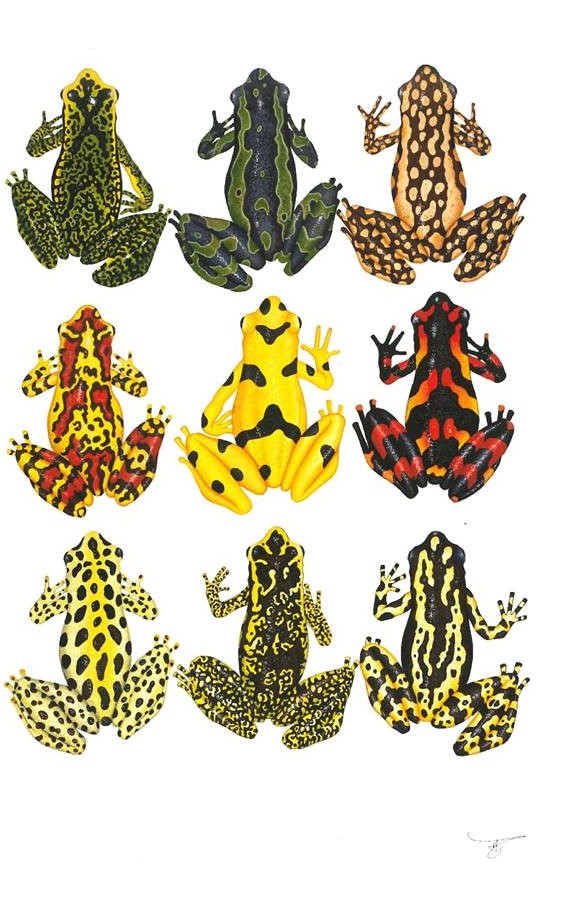 Global amphibian declines have been driven by many of the common factors discussed in conservation circles, such as climate change, disease, invasive species, pollution, and habitat destruction (Houlahan et al., 2000). In one major study, however, it was found that Afrotropical amphibians, exclusive of West Africa and Madagascar, are not declining, despite salient losses around the globe (Stuart et al., 2004).

Indeed, if one were to only look at the International Union for the Conservation of Nature’s (IUCN) Red List assessments, the amphibian apocalypse has skipped much of the African continent. Globally, 2,738 amphibian species are currently listed in the IUCN Red List threat category of Least Concern (IUCN, 2019). In other words, about 41% of amphibians are doing just fine. However, the proportion of frog species listed as Least Concern is nearly double that in many African countries (e.g., 82% in Uganda; 78% in Angola; and 81% in South Africa). In fact, excluding Madagascar, the average number of threatened amphibian species in sub-Saharan Africa is just 5 per country (51 countries). Remarkably, more than 50% (27 out of 51) have no threatened species, including several large countries that harbor a wide diversity of ecosystems and species (e.g., South Sudan, Central African Republic, and Angola). Just two countries in sub-Saharan Africa have more than 20 threatened amphibians: Cameroon with 56 and Tanzania with 61. In South America (14 countries), the most species diverse continent for amphibians, the average is 53 threatened species per country and only two countries have 0 threatened amphibians. In South and Southeast Asia (19 countries combined), the second most species diverse region for amphibians, the average is almost 16 threatened species per country and just five countries have 0 threatened amphibians (Table 5, IUCN, 2019).

These rough comparisons do not consider the multitude of factors that would be necessary to truly understand regional discrepancies, such as differences in species diversity, magnitude of extinction pressures, and other major factors pertinent to amphibian conservation (Collins and Storfer, 2003). Yet, this back-of-the-napkin analysis reveals a striking contrast between global amphibian declines and the benign conservation assessments for many African amphibians. The conservation outlook for African amphibians also conflicts with the substantial amount of empirical evidence on the gravity of extinction threats facing Africa’s biodiversity (e.g., Balmford et al., 2001; Brooks et al., 2001; Moore et al., 2003; Pomeroy et al., 2017; Rondinini et al., 2006; Thieme et al., 2005) and the World Wildlife Fund’s (WWF) living planet report findings that freshwater vertebrate populations have declined by 83% since 1970, a roughly 4% drop per year (WWF, 2018).

Are African amphibians feeling the heat?

It is indisputable that amphibians are declining at historically unprecedented rates, but one question remains: why are African amphibians not exhibiting the same symptoms of decline? How could it be that amphibians are suffering in just about every ecosystem worldwide, but most of the species in Africa are not? Perhaps, it is simply that many African amphibians have not been assessed and reporting categories as a proportion of all that have been assessed is misleading. It is true that less than 1% (96,000) of named taxa have been assessed by the IUCN Red List. However, amphibians are the exception: 6,722 out of the 7,926 species were assessed by 2018 (IUCN 2019). The few African countries examined in detail support this: 86% of species assessed for Uganda, 78% for Angola, and 100% for South Africa (Hughes, pers. obs.; Marques et al., 2018; Measey, 2011).

Another potential source of this paradox is biological; a resilience, or even resistance, to the threats that doom other amphibians. But how are African amphibians resistant to the impacts of “slash and burn” agriculture compared to those species that live in Brazil, or India, or Mesoamerica? Furthermore, are climate change effects not felt by African amphibians in an analogous manner as in Europe, or Australia, or the United States? There may be merit to the biological buffer argument for some African species, especially with respect to their tolerance of chytrid fungus (e.g., Penner et al., 2013), but by and large this topic is in the realm of ongoing research studies. Ultimately, it seems hard to imagine that the extinction threats driving global amphibian declines have yet to reverberate in African amphibian communities.

The (mis)use of Least Concern

Jonathan Kingdon, the celebrated African mammologist, once stated that “the flora and fauna of Africa are still largely unexplored” (Kingdon, 1990). The lack of modern data on the distribution, diversity, and basic biology for African amphibians makes it difficult to understand their conservation status, especially because so few species have been studied for adequate time to detect population sizes or even accurately describe their ecological roles. Furthermore, contemporary studies on African amphibians often change what we thought we knew for many species. For example, a common finding among several recent studies is that historically widespread African species are actually made up of several cryptic species with distributions that are limited to smaller geographic areas and therefore need revised conservation assessments (e.g., Barej et al., 2015; Barratt et al., 2018; Freilich et al., 2014; Jongsma et al., 2018; Portillo et al., 2015; Tolley et al., 2018).

It’s possible the African amphibian fauna face the same pressures as other amphibian communities around the globe and thus might be declining at a similar rate to the global average, but their problems have been masked by the (mis)use of the Least Concern category. The well-documented decline of several amphibian species seems to have prompted a race to assess all amphibian species, even though many species are poorly known and understudied, especially in Africa. It’s important to confront the limits of our knowledge by conceding that many African amphibians are poorly known, which would lead to more species listed in the Data Deficient category. Almost no conservation finances are devoted to species of Least Concern, hence data deficiency is the better option in these cases as it will serve as a signpost for researchers and funding agencies on where to direct their efforts. That is to say, the conservation category that a species has been placed in will have a major influence on whether funding agencies will pay researchers to study it.

Steps in the right direction

The IUCN Red List of Threatened Species is arguably the most popular and sound method to track the conservation of individual species. Not only should alternatives be given more serious consideration (e.g., Mace and Lande, 1990), but if a lack of data is the problem, then more research will provide the solution. Convincing conservation agencies to fund basic research is made near-impossible when its conservation assessment does not match its reality. Greater investment in basic amphibian research is the first step towards determining if the paradox of African amphibian perseverance, at a time when so many other amphibians are suffering, is real or not.

Brooks, T., A. Balmford, N. Burgess, J.O.N. Fjeldså, L.A. Hansen, J. Moore, C. Rahbek, and P. Williams. 2001. Toward a blueprint for conservation in Africa: A new database on the distribution of vertebrate species in a tropical continent allows new insights into priorities for conservation across Africa. BioScience, 51:613–624.

Freilich, X., M. Tollis, and S. Boissinot. 2014. Hiding in the highlands: Evolution of a frog species complex of the genus Ptychadena in the Ethiopian highlands. Molecular Phylogenetics and Evolution, 71:157–169.

Marques, M.P., L.M.P. Ceríaco, D.C. Blackburn, and A.M. Bauer. 2018. Diversity and distribution of the amphibians and terrestrial reptiles of Angola: Atlas of historical and bibliographic records (1840–2017). Proceedings of the California Academy of Sciences, 65:1–501.