Rhino Population Structure and Growth During a Poaching Crisis: the DNA Toolbox 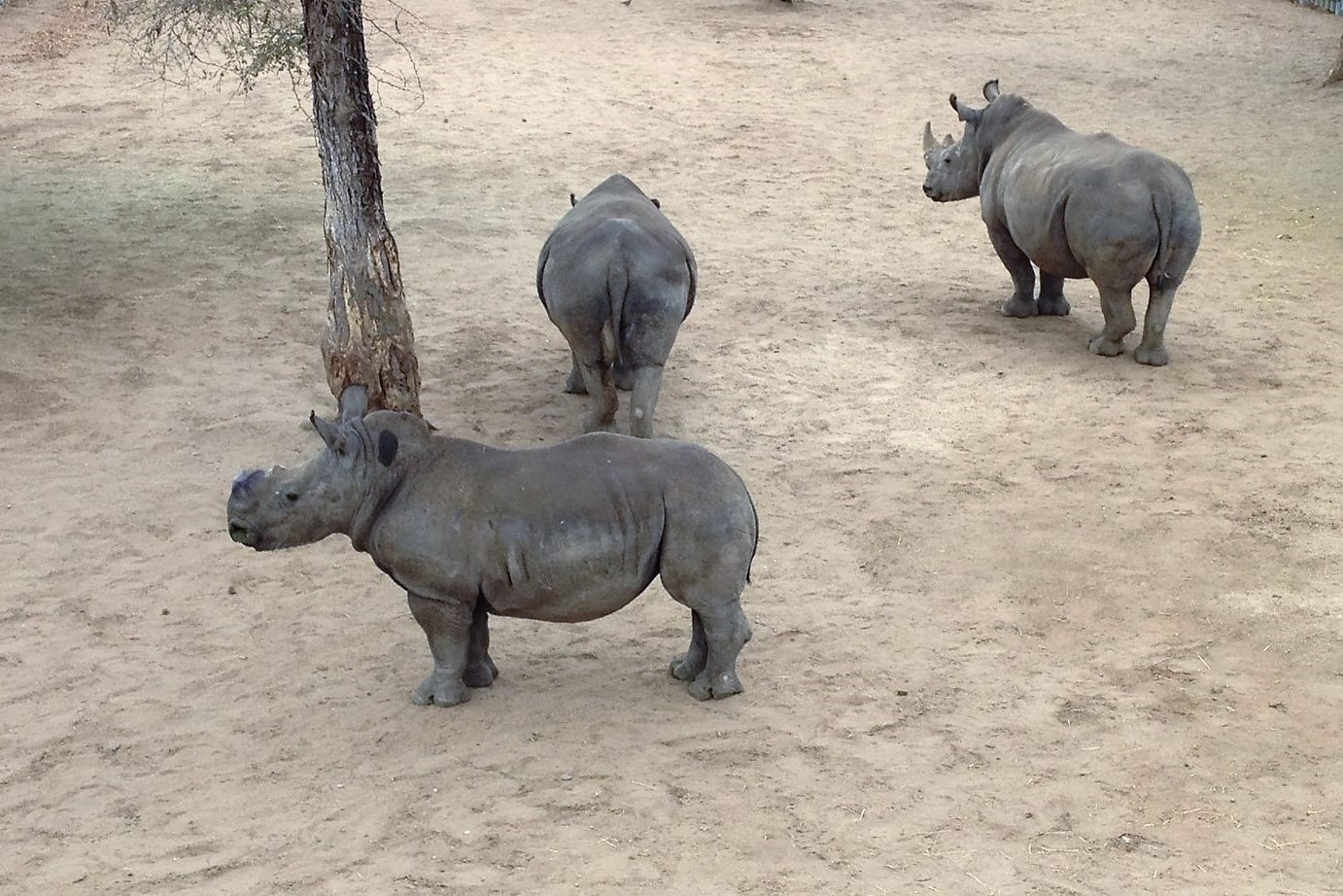 Rhino poaching has been a conservation calamity for many decades, but the drastic escalation since 2008 has failed to be controlled to date. In 2012 rhino horn was reported to be worth more than gold and diamonds (Biggs et al. 2013). Biological mismanagement, such as overstocking leading to fighting mortalities and unborn calves or implementing reintroductions without the necessary planning and assessment beforehand, was said to be the second most direct threat to African rhinos after poaching (Kampamba and Stephenson 2008).  In South Africa these metapopulation mismanagement losses exceeded those of poaching prior to 2006, but this tended to receive less attention than poaching (du Toit 2006). Currently, the rhino poaching response is focused on issues surrounding global organized crime intelligence, anti-poaching capacity building, dehorning, horn treatments, feasibility and ramifications of legalizing the trade, with less attention being paid to the optimal biological management of these species during and after the poaching crisis. As critical as all these topics are, we need a multidisciplinary approach to ensure the existing rhino populations are still functioning and reproducing in the wild. The use of genetics as a tool to guide wildlife management plans has increased greatly in the last few decades (Allendorf 2017).

Large mammals exist in very few parts of the world today without a fence surrounding them, due primarily to human-wildlife conflict and over-exploitation (Schipper et al. 2008).  Therefore, historical ranges of many species, including rhinos (Emslie and Brooks 1999), have shrunk considerably and become severely fragmented. This raises serious concerns for the future of conservation dependent species in terms of their genetic fitness, as small populations are at a greater risk of inbreeding depression (Frankham et al. 2010). Hence it falls to the park managers to simulate a level of historical dispersal and gene flow between populations through the means of translocations (DeYoung and Honeycutt 2005).

Today, the importance of genetics in assessing the likely longevity of wild animal populations is disputed by few and genetic diversity has become a specialized focus of many management plans and working group meetings (Emslie and Brooks 1999; Mills et al. 2003; du Toit 2006; Knight et al. 2016). Managers are now far more aware of the necessity to establish genetically viable populations with acceptable levels of variation and the right number of founders to ensure the future success of these fenced populations. However, there is still a divide between managers and geneticists (Knight et al. 2016) as ‘best practice’ from a genetic perspective is sometimes financially and logistically unfeasible from a management angle. A fundamental motivation for conducting this research was to investigate questions raised during consultation with a group of rhino management experts to bridge this gap, while focusing on pertinent metapopulation management concerns.

These questions were addressed, utilizing genotypes from 119 white rhinos of Mun-Ya-Wana Private Game Reserve, South Africa, after management expressed an interest in learning whether their field observations of dominance in the adult males was accurate. It is standard procedure in a metapopulation situation to translocate the most dominant bulls to another reserve before inbreeding becomes a problem (Knight et al. 2016). A previous genetic study carried out in Namibia by Guerier et al. (2012) found that the behaviorally dominant bull, of two founders, was not in fact the reproductively dominant bull but had already been translocated off the reserve. Their research emphasized the benefits of compiling genetic pedigrees to better understand relatedness between individuals in a free ranging population.

In this study, a partial pedigree was established and the relatedness between individuals was assessed. This information was then used to examine spatial and fitness aspects of relatedness. The largest single-population rhino genealogy study to date, the outcomes revealed a level of genetic variation and random mating enough to allow for population substructure, which would not be apparent in a highly inbred population. Reproduction was dominated by three bulls, all of which have since been translocated off the reserve. Another question investigated was based on the management practice of translocating rhinos that are grouped together, for logistical reasons as well as the fact that they are known to settle better in the new habitat when reintroduced with conspecifics (Braude and Templeton 2009). The concern being that it might reduce the genetic diversity of the receiving population, but especially when establishing a new population, if all the reintroduced rhinos are closely related. After carrying out genetic versus geographic distance and spatial autocorrelation analyses, the mean relatedness levels of the rhinos were randomly scattered across the reserve, suggesting the risk of translocating highly related individuals is not as concerning as managers suspected. This would benefit from comparisons across populations before drawing conclusions, as it may vary from one to the next.

The final question considered was whether there was any correlation between genetic ‘fitness’, that is a higher level of genetic variation within an individual, and traits that may influence fitness advantages, as was found by Cain et al. (2014) in black rhinos. The traits investigated against individual heterozygosity were range size, reproductive rate, and horn size was included due to the potential impact on dehorning and harvesting practices if a legal horn trade were to commence. A weak association was detected (and reported here for the first time to the authors knowledge) between heterozygosity and reproductive rate in females, which could allow managers greater confidence about the genetic prospects when selecting females for translocation based on reproductive rate. But this association merely highlights a correlation between the two variables and does not imply that reproductive success is the result of higher genetic variation. It does however highlight the need for a deeper understanding of variables influencing reproductive success when focusing management strategies on maximal population growth rates. Due to the parental care invested in rhino calves by their mothers, the possibility of parental heterozygosity levels benefitting offspring, as has been explored in Soay sheep (Bérénos et al. 2016), would be of great interest and is currently being investigated further.

One of the most significant outputs of this research was the emphasis of the power of reliable and accurate field monitoring data in combination with genetic data (DeYoung and Honeycutt 2005). There are so many questions we can consider that are not easily answered with field data or genetic data alone.

Allendorf FW (2017). Genetics and the conservation of natural populations: allozymes to

depression due to both individual and maternal inbreeding in a free-living mammal population. Mol Ecol doi:10.1111/mec13681