Management of Invasive Species in Nigeria 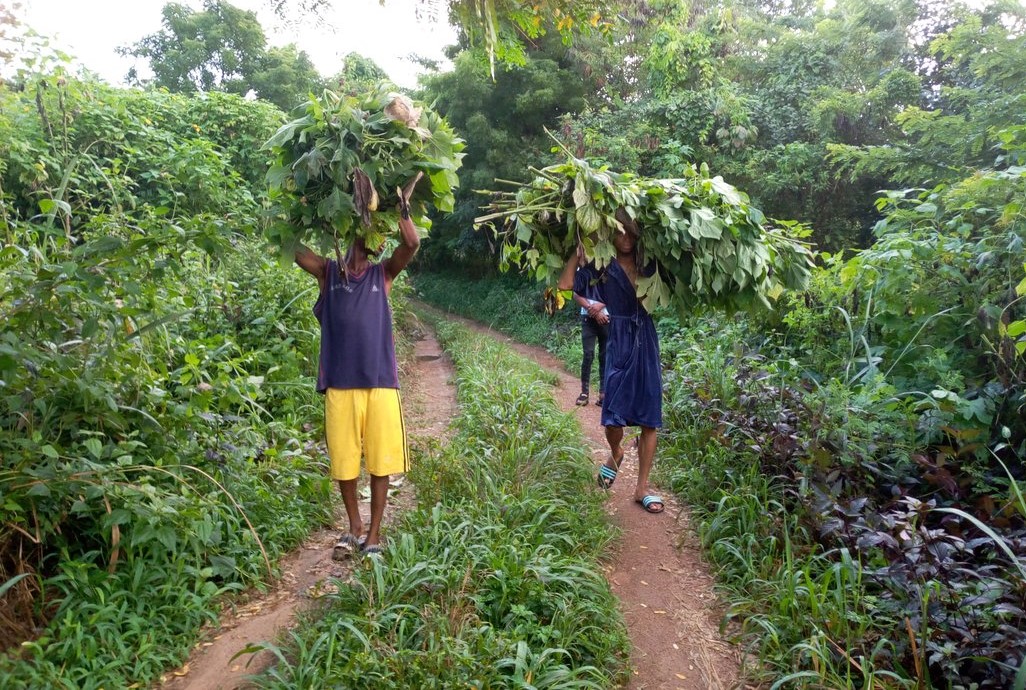 Invasive aliens are plants, animals, pathogens or other organisms taken intentionally or unintentionally from one habitat to another and eventually become a nuisance in the new environment by causing economic, environmental and health hazards. They cause damage to biodiversity by out-competing, elimination or decline of native populations. Common invasive species, especially plants in Nigeria include Tithonia diversifolia, Chromolina odorata, Leucaena leucocephala, Gliricidia sepium. A recent invasive insect is the fall armyworm (Spodoptera frugiperda).

Fall armyworm (FAW), was recognized as a serious economic pest two centuries ago. It’s among a few insects that periodically disperse and breed throughout the U.S. long distance migratory and transboundary pest, FAW has invaded and spread into Africa. Recent reports have confirmed that FAW has emerged as a great challenge to Maize production, threatening food security for most households in Africa. FAW turn the leaves of maize and cereals to rag-like mass, thus reducing photosynthetic ability of the cereals, and thereby reducing the yield.

Siam weed (Chromolaena odorata) belongs to the family asteraceae and is another invasive species in Africa. It propagates from seeds and basal shoots. It is a troublesome weed of open cultivated fields, roadsides, plantain crops and cocoa plantation. It is widespread in Africa from the coastal fringes to the rainforest to the southern edge of the Guinea Savanna. Siam weed normally produce many seeds and produce an allelopathic substance that makes the surrounding weeds die and wither away. Siam weed normally changes the surrounding ecosystem due it its reaction to burning. It increases burning and heat in a slash and burn farming communities. This makes seeds of other weeds to die and almost go into extinction, whereas because of large seed production and probably because of the resistance of its seed to burning, Siam weed increases its boundary and spread, thus invading more territory. Its seeds also are airborne. The Yoruba in Nigeria call it “Akintola” after a politician in Nigeria.

Siam weed can be managed by manual removal, hoeing, slash and burn and the use of herbicides. It can be used in green manure and farmyard manure as well. Its leaf extracts can be used as a styptic to treat bleeding injuries.

Mexican sunflower or tree marigold (Tithonia diversifolia) is a bushy, perennial weed growing up to 2-5m. It can reproduce from seeds and from vegetative regrowth of the basal stem when the plant is cut. The inflorescence is a solitary capitulum on a peduncle 7-15cm long with large orange-yellow florets 5-10 cm across. The fruit is a compressed and about 6mm long.

The plant was probably introduced into West Africa as an ornamental plant but later become invasive. It probably has affinity for lead, which is why it is common on roadsides. The Yorubas in Nigeria call it “sepeleba” literally meaning “put a curse on Malaria” because of its efficacy in treating fever. It is also called “June 12”, probably due to it becoming prominent in 1993 when a presidential election was annulled in Nigeria.

Tree marigold produces numerous fire-resistant seeds while its stalk make fire hotter during farmers’ slash and burn. This destroy the seeds of other plants while its own seed survive and grows luxuriantly in the following rainy season. It also produces allelopathic substances to modify environment to suit its own spread.

Subabul (Leucaena leucocephala) belongs to the family Fabaceae and subfamily ceasapiniodeae. It is another invasive species in Nigeria - a small fast growing mimosoid tree native to southern Mexico and north-central America (Belize and Guatemala) and is now naturalized throughout the tropics. Other common names include white lead tree, jumbay, river tamarind, and white popinac. International Union of Conservation of Nature (IUCN) considered subabul as one of the 100 worst invasive aliens in the world. It is managed by cutting and burning. However, Leucaena is known for its nitrogen fixing property. It is used for fencing and firewood. It is also used for charcoal production. More importantly it is used as a browse plant to feed goat and sheep. A highly relished food in Nigeria is pounded yam. It can be referred to as ‘goat’s pounded yam’ considering goats relish subabul leaves.

Gliricidia (Gliricidia sepium) also belongs to the family Fabaceae. It is also a leguminous plant and therefore can fix nitrogen in the soil. It is called ‘Agunmaniye’ by Yorubas in Nigeria. It is used for live fencing, as fodder, firewood and green manure and for intercropping (Wikipedia 2019). Because the survival rate of the “cuttings” is high, therefore it is commonly used for shade construction in Nigeria in villages by trade unions (artisans) and traders. The traders selling agricultural produce normally construct their makeshift rectangular or square shades with Gliricidia. Also, motorcycle transporters also sometimes construct their stations with it. A decoction of Gliricidia with water is used to treat malaria. Manual removal and use as a firewood or charcoal making are control methods.

The authors are grateful to Korean Government for sponsoring Fall Armyworm project through KAFACI (Korea-Africa Food and Agriculture Cooperative Initiative).