Managing the Threat from Below: Impacts of Invasive Fish on African Amphibians 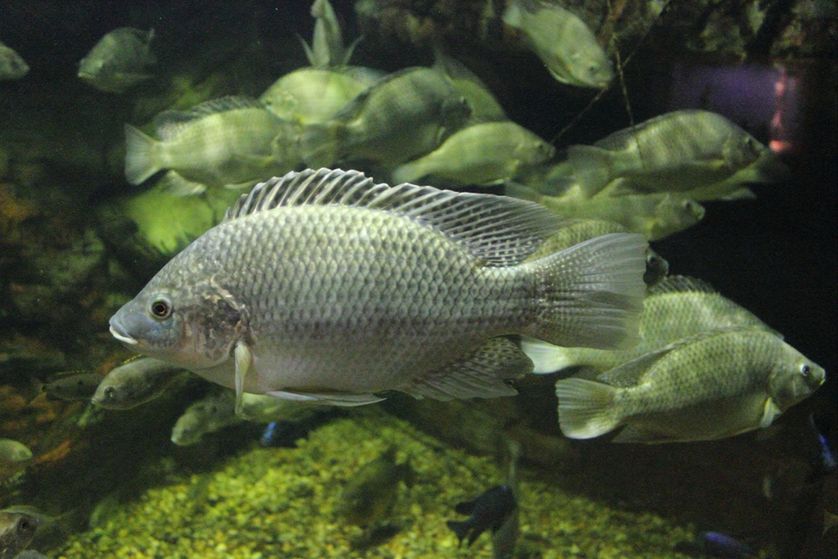 Frogs are exceptional in the vertebrate realm because they live a biphasic lifestyle; they first eke out an existence as an aquatic tadpole and then, if they are lucky, as a four-legged adult on land. The transition from tadpole to adult is a remarkable anatomical transformation, but this metamorphosis pales in comparison to their ability to survive myriad onslaughts from multiple aquatic and terrestrial threats. Tadpoles face severe challenges, mainly from hordes of voracious animals, including birds, insects, other tadpoles, and perhaps the most devastating of all, fish. Amphibian persistence requires fishless zones (Adams et al., 2001) and the impact of nonnative fish introductions for sport is a major challenge to amphibian conservation (Knapp et al., 2001).

The practice of raising fish and releasing them into nonnative waterbodies is known as stocking, which is often done for recreational sport. Fish stocking dates to the 1800s and was originally viewed as an effective resource management tactic (Pister, 2001). However, fish stocking proved to place temporary human interests above long-term conservation considerations when nonnative species imposed their will on native species and their environment. Fish stocking and recreational fisheries are expanding, and the reach of these practices has become global in scope (Brownscombe et al., 2019), which does not bode well for amphibians.

According to the International Union for the Conservation of Nature’s (IUCN) Red List assessments, the amphibian apocalypse has arrived (Stuart et al., 2004). On the African continent, the conservation outlook for amphibians is no better (Hughes, 2019). Internationally coordinated strategies for mitigating amphibian declines must be developed with funding bodies, governments, and organizations that have the capacity to implement much-needed actions. The first step of tackling a problem as big as amphibian declines is to identify all the major players. In other words, who, what, and how many are causing the observed declines. Several of the main drivers underpinning declines have been identified and to some extent, quantified (Houlahan et al., 2000), including disease outbreaks (Scheele et al., 2019) and habitat losses (Powers and Jetz, 2019), among others (Collins and Storfer, 2003). Nonnative fish introductions play a significant role in the global amphibian crisis (Bucciarelli et al., 2014), but the extent of their contribution has yet to be fully realized, especially in Africa.

Nonnative fish introductions in Africa have recently emerged as a major concern for the native species, including amphibians (Ellender and Weyl, 2014). The two main fish species that negatively impact amphibians in South Africa are the brown and rainbow trout, which were stocked in many places across the country for angling opportunities (Woodford et al., 2017). For example, Karssing et al. (2011) found that the tadpoles of the Natal cascade frog (Hadromophryne natalensis) in South Africa were reduced by factors of 4.69 and 15.71 in areas where predation from two nonnative fish species (brown and rainbow trout) was high. More recently, Avidon et al. (2018) revealed that the abundance of the Cedarberg ghost frog (Heleophryne depressa), which is endemic to South Africa’s Cape Fold ecoregion, was significantly reduced in the presence of the nonnative fish species (rainbow trout). These fish species are expected to exhibit range reductions in the future, yet this may lead to increased introductions into areas outside their distribution limits for sport and recreational fishing (Rivers-Moore et al., 2019). Thus, without a deeper understanding on the impacts that these nonnative fish species have on native amphibians, management strategies should air on the side of caution, especially because South Africa harbors a significant proportion of Africa’s amphibian species (Measey, 2011). An even worse outcome would be if the practice of fish stocking became fashionable across Africa, which would have devastating impacts on some of the world’s most unique amphibian species.

There is hope, however, for the conservation of African amphibians. At the beginning of the last century, the Mountain yellow-legged frog (Rana sierrae) was one of the most abundant amphibians in the Sierra Nevada Mountains of California (Grinnell and Storer, 1924). Not only was this species very common, but most of the populations lived in protected habitats. By the 1990s, however, R. sierrae had disappeared from more than 90% of its historical distribution, prompting its official conservation listing as an endangered species (Vredenburg et al., 2007). In 2016, Knapp et al. (2016) reported on the significant recovery of the species across most of its range based on more than 7,000 frog surveys over a 20-year period. The recovery of R. sierrae (increased at a rate of 11% per year) stemmed from the eradication of introduced, nonnative fish that were major contributors to its decline (Adams et al., 2001; Knapp et al., 2001, 2007). The recovery of R. sierrae, after the removal of nonnative fish species, suggests that some declines are reversible and should be a beacon of hope during the otherwise bleak amphibian apocalypse. For the future of African frogs, I am optimistic that we will confront the introduction of nonnative fish species head on.

Hughes DF. 2019. How much do we really know about amphibian conservation in Africa? African Conservation Telegraph, Vol. 14, No. 1. https://conbio.org/groups/sections/africa/act/guest-editorial-how-much-do-we-really-know-about-amphibian-conservation-in-africa