Rewilding with Rhinos: The Return of the Megaherbivores to Botswana 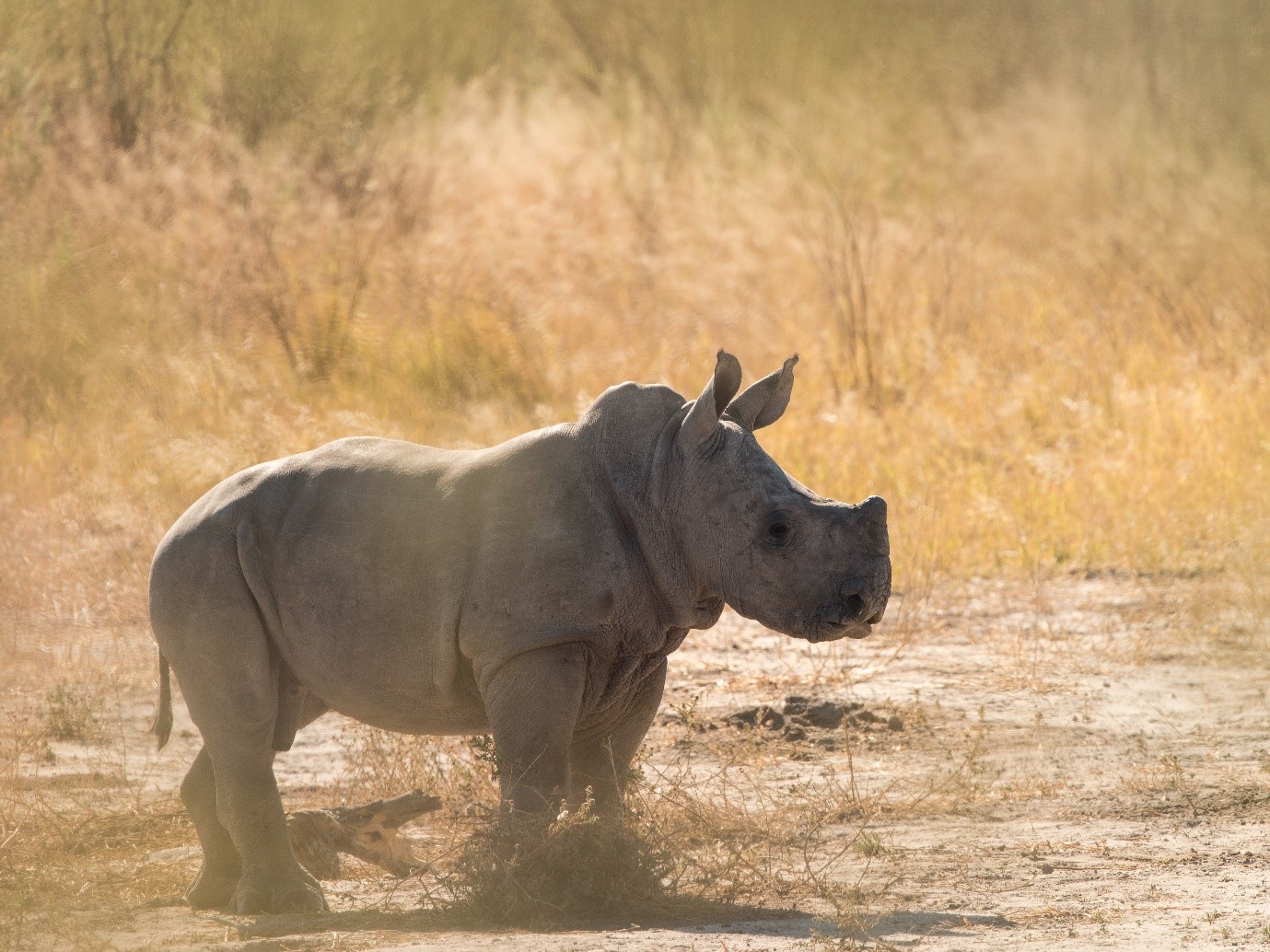 Botswana was home to approximately 30 black rhinos (Diceros bicornis) and 190 southern white rhinos (Ceratotherium simum simum) in the 1980’s, but by 1997 the black rhino had been declared “locally extinct” and the white rhino population was reduced to 23 rhinos. The usual suspect, poaching, was recorded as the cause of these rapid population declines. A management plan was immediately drafted, and the remaining white rhinos were to be managed as a ‘national herd’ across three small populations, with the Botswana Defense Force tasked as their protectors. With adequate protection in place, and several small reintroductions from South Africa, the story of the Botswanan white rhino was looking brighter.

In 1999, a formal rhino reintroduction proposal was submitted by Okavango Wilderness Safaris, with the goal of returning white and black rhinos to the Okavango Delta. The long-term objective was for this to serve as a source population for further translocations in northern Botswana, and for Botswana to become a significant rhino range state for both species over time.

The ecological benefits of rhinos within an ecosystem are significant and have been reported in multiple studies from white rhinos, acting as “ecosystem engineers”, opening grazing lawns for smaller species, to black rhinos helping disperse seeds of various woody species through their dung and both species providing food sources for oxpeckers, egrets and dung beetles. The white rhino is the last living mega grazer, capable of converting grasslands with knock-on effects for other grazers as well as fire regimes. In addition to these ecological advantages, the presence of both species of rhino is known to improve tourism and employment opportunities for local communities, as rangers and field guides, across all range states.

While these ecological and economic advantages of rhino reintroductions highlight the positive impacts that rhinos have on their environments, how do reintroductions benefit the rhinos themselves? The metapopulation concept, which is a population of isolated populations that interact through migration, can only be achieved with animals in fenced reserves by conscious management initiatives. A metapopulation management approach has been key to the continued rhino population growth rates around Africa, despite the intense poaching pressure that most range states have been under since 2008. This approach allows for planning and forethought in terms of translocating and reintroducing the most suitable individuals for increased genetic diversity and the most ideal sex and age ratios for rapid population growth.

The risks of keeping our metaphorical “eggs in one basket” has been raised many times over the years by rhino management experts as a factor that must be avoided. Regardless of how well rhino populations may be faring in one region or country, the situation can become high risk very rapidly with the level of poaching pressure currently being witnessed in Africa, which is one of the reasons why metapopulation management approaches exist. It is not just poaching pressure, but natural disasters and disease have had catastrophic impacts on small, isolated populations of endangered species in the past.

The Southern African Development Community (of which Botswana is a member) guidelines for rhino conservation recommend that rhinos are managed at a metapopulation level, in order to achieve “organizational, country, regional, or subspecies level” genetic goal.

In November 2001, as part of the pioneering Wilderness Safaris “Botswana Rhino Reintroduction Project”, the first white rhinos were reintroduced to the Okavango Delta. The area was assessed by the Department of Wildlife and National Parks (DWNP) and Botswana government and deemed a favorable site due to the habitat suitability for both species and its remote location in the heart of the Okavango Delta. By 2003, a viable breeding population of white rhinos had been established, all of which were fitted with transmitters for regular monitoring. The same year also saw the reintroduction of the first batch of black rhinos.

All individuals are ear-notched (for easier identification in the field) and fitted with transmitters for daily locating and monitoring of their behavior and space use. It is essential to keep a watchful eye on newly reintroduced rhinos as fights can break out between mature males beginning to establish territories, rhinos can roam into less secure surroundings, and it is critical to gather data on their feeding habits and ranging as they explore and settle into their new home. Both species have been establishing their home ranges and territories, with the first white rhino calf reported in 2004, and the first black rhino calf playing hide and seek for six months before making an official appearance in 2009. Since additional black rhino reintroductions were carried out in 2014, another five births have been recorded and aerial surveys indicate the population is very much on the right track.

An ongoing Rhino Conservation Botswana (RCB) research project, in association with the Okavango Research Institute, University of Botswana, is using the large dataset gathered for Botswana’s new populations of wild rhinos by the DWNP and RCB to assess the factors affecting translocation success. This project aims to assess the circumstances leading to rhino vocalizations and extent of long-distance acoustic communication in rhinos (www.rhinoconservationbotswana.com/research).

Given the immense poaching pressure that all African rhino range states have been under since 2008, we are proud to be able to share some cautious conservation optimism surrounding the successful reintroduction of black and white rhinos to the Okavango Delta, and their continual population growth, research potential, as well as the value they bring to our local communities through employment opportunities and education activities. Collaborations are key to the success of large-scale wildlife conservation projects and our successes are made possible through partnerships with the DWNP, Rhinos Without Borders who provide ongoing monitoring support and have carried out multiple translocations, as well as all the local tourism companies.