The Land of Antelopes

Ethiopia’s rich biodiversity is best exemplified by its antelopes, some of them hardly known, let alone researched in the country. Eight years of antelope watching in remote areas of Ethiopia, have led to observations on three rare species despite security concerns that prevented in-depth research.

The Heuglin’s gazelle or Eritrean gazelle, the Mongalla and Thomson's gazelle  are considered as subspecies of the red-fronted gazelle even though the jury is still out on the subject (Previous article by Groves).

In Kafta Shiraro National Park in North-Western Ethiopia, healthy numbers of red-fronted or Heuglin’s gazelle were observed. The park created in 2007, is also home of the northernmost African Elephant population. It straddles Eritrea, where the Takazze River forms the border between the two countries. On the Eritrean side there is also a protected area (Gash-Setit Wildlife Reserve. Setit is the Eritrean name of the Takazze River). 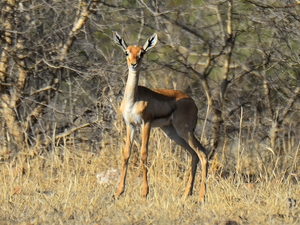 No aerial survey was possible in recent years in Kafta Shiraro due to the proximity to Eritrea and security concerns thereof. Estimates of the Heuglin’s gazelle by the park staff vary widely (between 400 and 800). Main threat is from encroachment by agriculturalists and gold miners into gazelle habitat.

In Sudan, most lechwe are found in the Sudd swamps, with smaller numbers in the Machar marshes near the Ethiopia border. In Ethiopia, the Nile Lechwe occurs marginally in the Gambella National Park in the south-west of the country, where its survival is precarious because of expanding human activities. 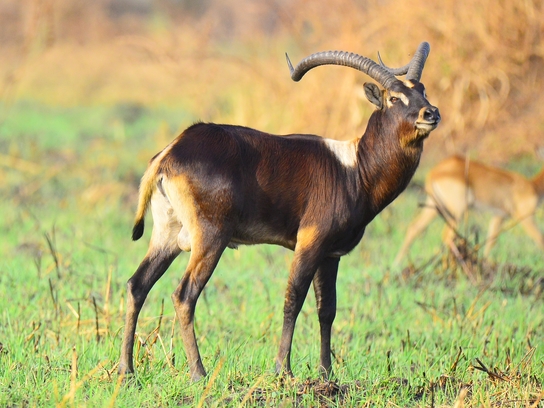 Nile lechwe were observed during two wildlife aerial surveys in Gambella (2009 and 2010). It’s only range likely is within wetlands, mostly in the park (Duma swamp). Around 300 to 350 lechwe were assumed at that time.

After the annual burning the area was covered with 20 cm high fresh grass in March 2017, the conditions were just right to spot a herd of 128 lechwe grazing at the edge of the swamp in Pokedi village.

Poaching and encroachment by pastoralists are lingering threats.

Previously considered a subspecies of the Salt’s dik-dik (Madoqua saltiana) and now a distinct species, these silvered antelopes were viewed and photographed in Ogaden – the Somali region in eastern Ethiopia bordering Djibouti, Somalia and Kenya.

They were found in thickets formed by Acacia commiphora bushes branching to the ground and sympatric with. Guenther’s dik-dik and Harar dik-dik. 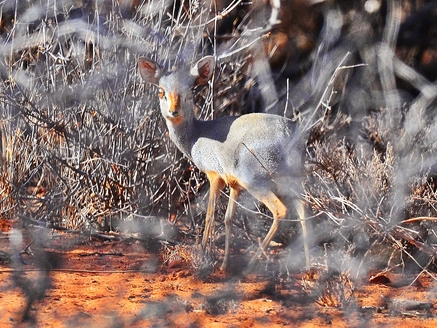