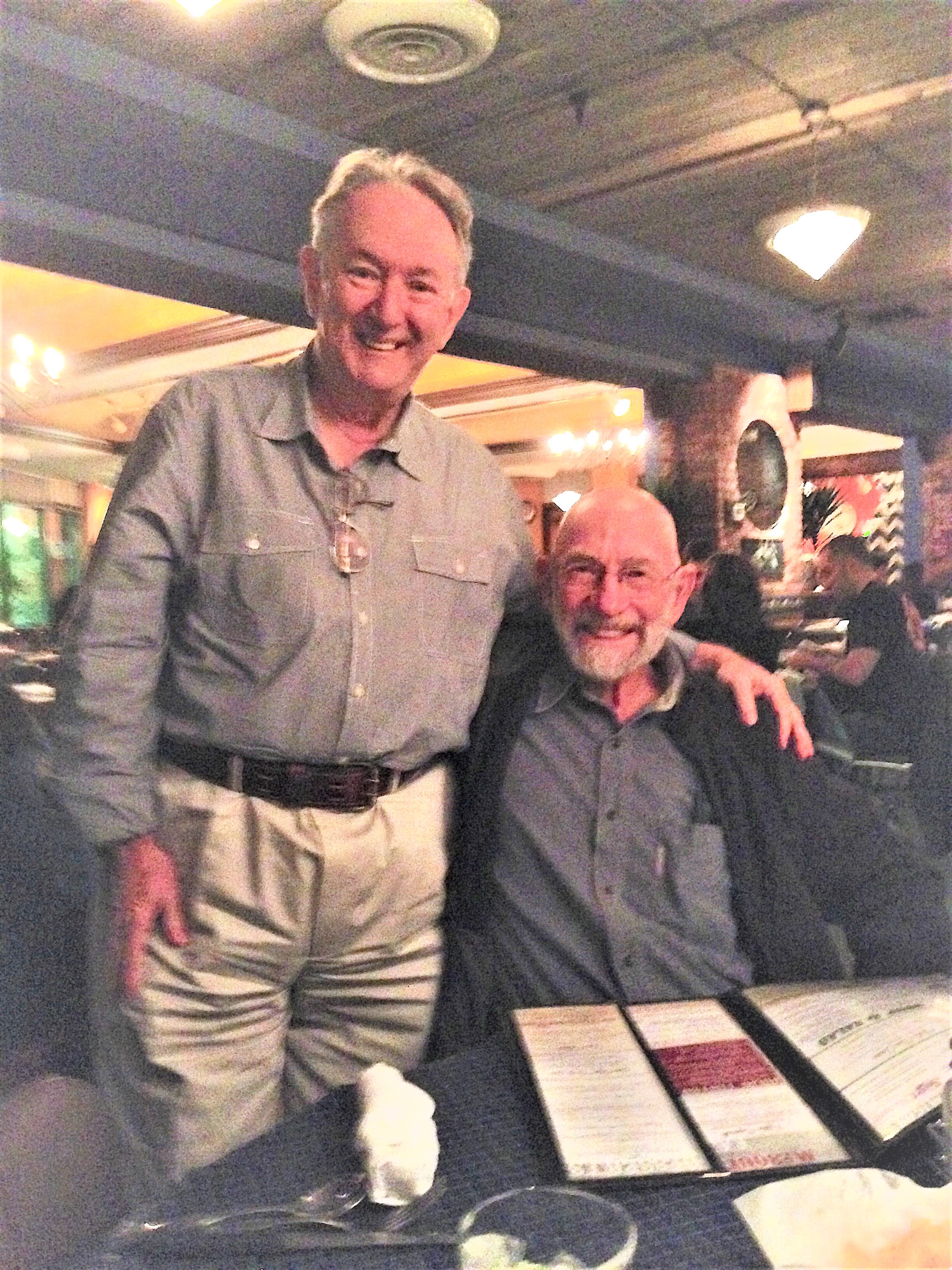 As Half-elven Lord Elrond said of another time and place, “I was there.” In my case, it wasn’t “the day the strength of men failed,” but where men and women, but particularly one man, Michael Soulé, succeeded entirely brilliantly. With Michael at its head, the Society for Conservation Biology formed one May afternoon, in 1985, comfortably just after teatime, and in Michigan.

The origins and early development of any complex system can shape its subsequent paths, constraining the options explored and perhaps sending it in idiosyncratic directions. Soulé was uniquely qualified to avoid such restrictions. His exceptional talent has been to shape the field as broad, inclusive, yet sharply focused on questions of undeniable immediacy.

“My name is Michael Soulé,” he explained to me over the phone. “You do not know who I am, I have had a chequered career, but I want to invite you to a meeting.” As one does when arm-twisting a colleague to attend a meeting, he quickly explained his credentials — he did his PhD with Paul Ehrlich — and we had colleagues in common. Oh, yes, and there was that part about him dropping out of a full-time position at the University of California to enter a Buddhist monastery, before returning to academia in Michigan. “So, what’s the meeting about?” I asked. “Conservation” he replied. “What’s that?” I asked. “Well, whatever it is, you are doing it!” And, from that May evening, that’s what I’ve always told people I do.

Conservation is “a crisis discipline”, Soulé explains. It is “mission-driven”. Vitally, that should not disturb us — though it clearly did for many. The parallels to medicine are self-evident. No one disputes the integrity of the medical profession because it seeks to improve and extend lives. Why should extending species’ lives and numbers be any different? Advocacy may be a dirty word to scientists, but activism should not be. You would not want to visit your physician if she did not care whether you lived or died. Why support a conservation organisation if it does not care if species live or die?

Next, the Buddhism thing. From the start, Soulé understood the ethical issues that underpin concerns for our planet. The first speaker at the Michigan conference was the philosopher Arne Naess — and he’s acknowledged on several of Michael’s early papers. The Pope’s powerful 2015 encyclical, Laudato Si, has a powerful section on the loss of biodiversity. By any measure that’s a demonstration of early conservation’s powerful legacy of global engagement.

Michael’s returned to California where, on a short sabbatical, he, Michael Gilpin, David Western, and I were all part of a conservation seminar class. Gilpin once remarked that the only theory underpinning conservation was from population genetics. Indeed, there was a healthy theory of genetic changes in small populations and Soulé was trained to understand them. Gilpin and I would later write a paper together discussing a much wider scope for conservation theory because of those discussions.

At weekends, I joined Michael on his faunal surveys of the canyons around San Diego. The questions — which species would be lost from isolated canyons, why, and what were the consequences — were about communities, of course. His canyon work, rightly now highly cited, explains conservation’s subsequent success. It doesn’t matter what your PhD was on, in conservation what matters is what problems you pick to solve, knowing that whatever you have studied thus far will not be sufficient to answer them. The range of ideas needed to understand the changes in the canyon communities was far broader than what would have emerged from a single discipline.

Michael’s intellectual breadth was so important. He wrote about alien species and the damage they cause, about conservation tactics, global warming, and restoration. Soulé’s early papers start to explore the range of disciplines that we will need to solve these problems. Conservation might have become an offshoot of ecology, for example, or population genetics. His enduring legacy has been to define the field with a core — a mission — at the centre of a wide variety of other, often disparate fields in science, social sciences, ethics, and others. Given the problem, the scope was unbounded. All these subjects spawned vast literatures, engaging as they do theoreticians, empiricists, and practitioners across previously isolated disciplines united in a common mission.

My last story is from 2013. The accompanying photo is quite ordinary, poor even, taken in a pub. The next morning, Michael and I went eyeball to eyeball with the head of a large conservation organisation. Along with its chief scientist, he had been saying overly critical things about the way we do conservation. Their self-proclaimed call was for a “new conservation”. Those who denigrate protected areas or accept current extinction rates typically do so because such positions are convenient to their corporate sponsors. What is entirely obvious from their positions is that their typically unreferenced meanderings conveniently miss both the essential discussions and subsequent explorations of thirty years of conservation.

The so-called head clearly underestimated Michael, colleagues, and I as we sat opposite him and told him to desist in forthright terms. The man had invited a reporter from The New Yorker to cover the event. The piece was not kind. Within a year of it being published both the head and his chief scientist were gone, of course. A good morning’s work, I thought.

As Soulé pointed out, they weren’t there at the beginning — or since for that matter.

Stuart L. Pimm is the Doris Duke Chair of Conservation, The Nicholas School of the Environment, Duke University.