These are the 2016 SCB Marine Conservation Research Small Grants recipients. For more information on the program, please see the Small Grants page.

Project Title: In search of the big blue: assessing the occurrence of blue whales in the Bohol Sea, Philippines

Bio: Jo started as a volunteer for the Species Unit of WWF-Philippines, which almost instantaneously turned into a passion and a career. Since then she has led many cetacean surveys around the country, responded to marine mammal strandings, and conducted seminars/workshops on marine mammal biology, research and conservation. Jom worked for WWF-Philippines and Conservation International-Philippines and initiated independent research and conservation projects. She has partnered with other NGOs such as the Centre for Rural Empowerment and the Environment (CREE), Bohol Foundation for Environmental Restoration, Preservation & Protection (BFERPP) and Physalus. She is a biologist and a veterinarian who is primarily interested in wildlife research and medicine. Other research interests include marine environmental history, marine protected area management, whaling and fisheries for other large marine vertebrates. She is the Founder and Principal Investigator of BALYENA.ORG.

Find out more about Jo Marie and her project here. 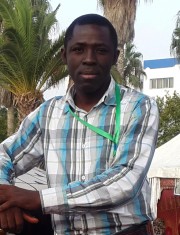 Bio: Having a background of Forest Resources Management, Fola's zeal for conservation was crystallized after attending the field course of Tropical Biology Association (TBA) at Uganda in 2003. His project will be a preliminary assessment of bonga seine fishing practices with implications on dolphins. The methods will employ an observer programme with both fishery-dependent and independent surveys with fishers, and fieldwork of bonga fishing and dolphin by-catch. Artisanal seine fishery for bonga started in Nigeria in 1970s by migrant Ghanaian fishermen and largely replaced the gill net fishery that had been operating for decades. The new fishery has much higher catch rates, a wider area of operations, and other characteristics that make it very successful from the point of view of increasing bonga catches. However, often the schools of bonga are detected and eventually encircled together with large pod of dolphins. The project is expected to document implications of by-catch on dolphin along the coast of Nigeria. It will also raise awareness on the need for conservation of cetacean biodiversity in tropical marine waters and educate fishers on the conservation needs of dolphins. 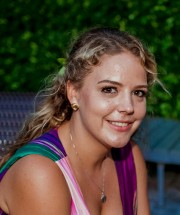 Bio: Georgia has always been interested in the sea and marine life, having spent her early childhood in Dubai and teenage years on the Queensland coast. Returning to the UK with her family she then completed her Bachelors in Marine Vertebrate Zoology at Bangor University and an MSc in Marine Environmental Management at York University. Her MSc thesis evaluated the ecological effectiveness of locally managed marine areas in Rarotonga, Cook Islands. This research and the time spent in the Cook Islands sparked her interest in community involvement in coral reef and resource management. After finishing her MSc, she undertook two protected area internships in London with the Zoological Society of London and Blue Ventures.

In 2014, Georgia was the lead scientist for a New Zealand based NGO, OceansWatch. This position took her on research expeditions to the Solomon Islands and Vanuatu and enabled her to further her knowledge and enthusiasm for community managed MPAs in the Pacific. Georgia was a representative of OceansWatch New Zealand and a member of the education team for the Khaled bin Sultan Living Ocean Foundation’s Solomon Islands mission at the end of 2014. She is volunteering alongside a small non-profit charity, Coral Reef CPR in the Maldives, where she will develop coral nurseries for reef restoration, remove coral-eating snails and starfish, and educate resort guests, staff, and high school graduates in reef restoration techniques. 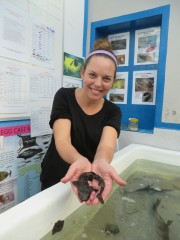 Project Title: Population genetics to assist with the conservation and management of the endemic, data deficient, leopard catshark Poroderma pantherinum

Bio: Katie Gledhill has studied sharks and rays around the world. She has a passion for inspiring new shark advocates through science and education.  She hase always been fascinated by the sea and felt at home traipsing through rock pools or being underwater. As a young girl fishing with family and friends in Australia, she accidentally caught a Port Jackson shark less than one meter long. Before releasing it, she felt the strength of the small, funny-looking animal that didn't have big teeth and laid spiral-shaped eggs. She was hooked! She has worked with some amazing and threatened species, such as giant tiger sharks from bottom of the ocean, pregnant lemon sharks moments before they gave birth, critically endangered smalltooth sawfish, and endemic catsharks found in South Africa. Katie has been working with South Africa Shark Conservancy (SASC) since 2010, when she first joined the team as an intern. Katie was the Lab Manager of the Bimini Biological Field Station for 4 years and is currently the Principal Investigator for a project partnership between the Earthwatch Institute & SASC. 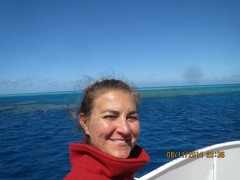 Project Title: Determining the motivations for, and social and ecological effects of, fishing behaviors in an artisanal fishery in Pemba Bay, Cabo Delgado, Mozambique

Bio: Katie’s research for her PhD at Rhodes University in South Africa looks at the motivations for using particular methods for fishing and the ecological effects of those methods in an artisanal fishery in Pemba Bay, Mozambique. She is collaborating with the local university and local managers in three communities around the bay: Ruela, Bandare, and Chuiba.  To understand the motivations for, and effects of, different fishing methods, she is observing fishermen during fishing trips to determine where they fish, the energy and time needed to use different methods, the cost of using those methods, and the catch and profit from those methods. She will conduct interviews with fishermen to determine their perceptions of, and priorities for, the fishery and will also use underwater video techniques to determine how the fish community changes by area and with different fishing intensities. Lastly, she will conduct workshops with local fishers and other fishery stakeholders to share information and find collaborative solutions to the problems facing the local fisheries. 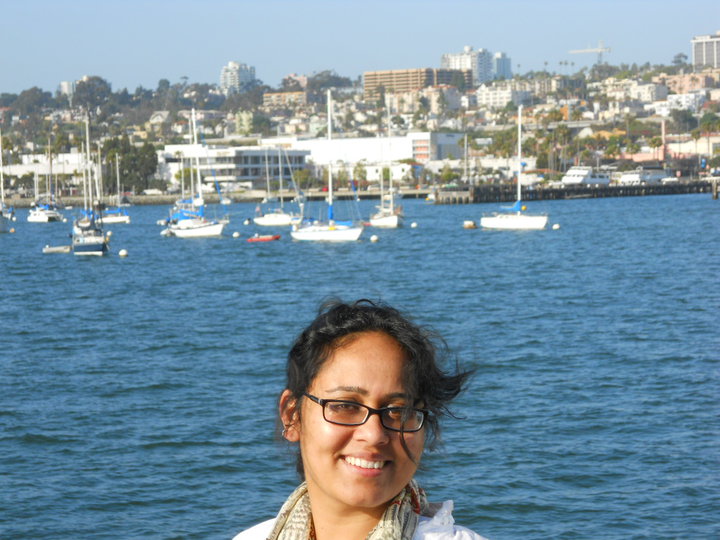 Bio: Shaili obtained her Ph.D in Human genetics from the University of Utah, and brings her expertise in molecular genetics and molecular biology to the Wasser lab. She is currently developing a molecular method for reliable predator and prey species identification from scat. She will use this method to determine changes in the ecosystem due to the return of wolves, as apex predators, in North East Washington. She is also interested in developing the gut microbiome as a metric to determine the health of an ecosystem and any disturbances in an ecosystem due to habitat modification. Shaili is also working to develop methods for toxin detection/identification and gene expression analyses on killer whale scats. She will use these metrics to study killer whale health with respect to environmental pollutants in the Salish Sea.

Find out more about Shaili and her project here. 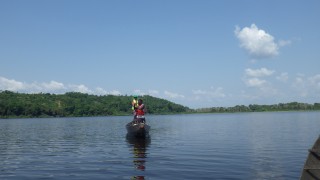 Bio: Paul graduated in Applied Ecology and Wildlife Management at Dschang University, where his master’s thesis focused on manatee research and conservation in Lake Ossa Wildlife Reserve in Cameroon. He has been involved in marine mammal research, conservation and education projects in Cameroon with the African Marine Mammal Conservation Organization (AMMCO) since 2011. 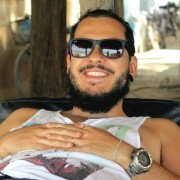 Bio: Pedro is originally from Brazil were he did Postgraduate work on Tropical Coastal Environmental Management (2009), and a Master’s in Oceanography at Federal University of Pernambuco (2011). He is currently a post-doctoral research fellow, leading the Reef Conservation Project (http://www.conservacaorecifal.com/) in Northeast Brazil, performing direct conservation action for the reef and increasing local community development.

Bio: Luz received her Bachelor’s degree as a Marine Biologist from the Universidad de Bogotá, where she characterized the vocalizations of the Tucuxi (Sotalia fluviatilis), a freshwater dolphin from the Amazon River. She has been working as a consultant and as a marine mammal and fauna observer since 2008. She received her Master’s degree in Marine Science at the Universiti Sains Malaysia, focusing on setting the scientific baseline of the small cetaceans inhabiting Penang, an island in west Malaysia. Luz is a member of the Sociedad Latinoamericana de Especialistas en Mamíferos Acuáticos (SOLAMAC), the Society for Marine Mammalogy, and the Society for Conservation Biology. 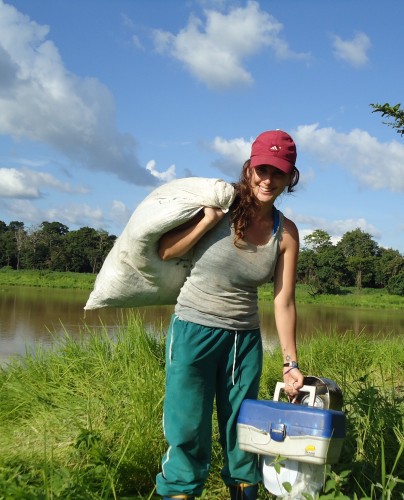 Bio: Júlia has a degree in Biology and a master's degree in Ecology at the National Institute of Amazon Research, where she studied fish paternity. She is currently a PhD student at the Federal University of Rio Grande do Norte, where she is working to integrate fishers' knowledge and scientific occurrence data to build distribution and abundance models for four marine fishes of economic interest for Brazil.