Defined at a meeting held under the 3rd ECCB-conference, Glasgow, UK,
1st of September, 2012
Concerning
RESEARCH PRIORITIES AND ENABLING ACTIONS FOR CONSERVATION OF THE MEDITERRANEAN AREAS OF THE "OLD WORLD"
Notes compiled by Stefan Schindler and Linda Olsvig-Whittaker 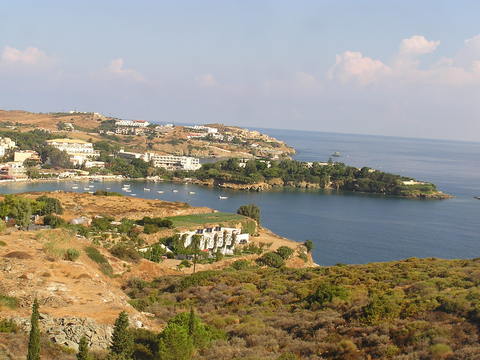 Mediterranean landscapes and ecosystems in the old world are characterized by long and strong human impacts and a high natural, socio-economic and political diversity. They harbor high levels of biodiversity and are often depending on human management. The variable and biodiverse Mediterranean landscapes are an important global heritage and often understudied. Due to the political heterogeneity in the European, Asian and African countries bordering the Mediterranean Sea, common efforts in conservation research and implementation are urgently needed. Regional differences, similarities and synergies should be evaluated. Within this context, the participants of the meeting place high priority on enabling actions (see below) and research to:

Enabling actions: During the workshop we discussed several enabling actions for the accomplishment of these goals and for enhancing conservation research and implementation in the Mediterranean. We agreed on the following priority actions:

>> Downloadable PDF of the above goals and recommendations <<

Tasks for this new committee include identification of common themes, interests and goals, establishing research networks, and regional planning of conservation efforts. The Mediterranean ad hoc committee aims at becoming a bridge to the African, Asian and Marine Sections, and admits participation from members who are not in Europe, but do work in the Mediterranean region.

This new Ad-Hoc committee focusing on conservation biology research in the Mediterranean region has been formed in 2010 (Board Meeting in Freiburg).

The Mediterranean basin is characterized by rainless summers, ancient cultures, and an ecological orientation towards the sea. Phenomena such as wildfire, anthropogenic landscapes, rapid urbanization, cultural landscape conservation, and a shared marine environment are common to conservation biologists in the region. EU funding agencies have long recognized these common interests; hence there are specific programs (such as MedWet and ENPI) which focus on multinational cooperation for conservation issues of mutual concern in the Mediterranean basin.